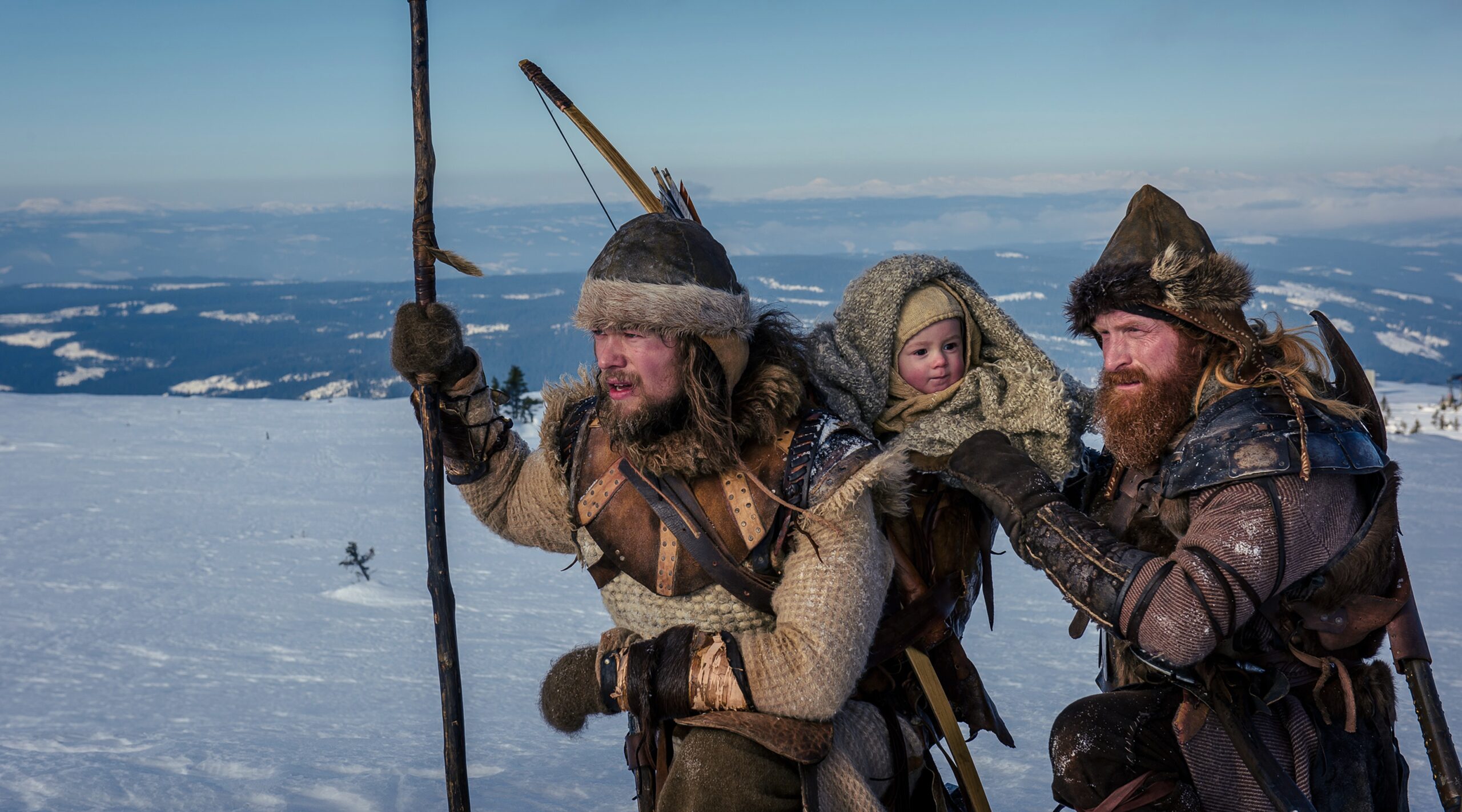 Based on true events, The Last King is set in civil war-ravaged Norway of the early 13th century. The Norwegian king fights for survival against the men of the Church, who seek to supplant the throne. On his deathbed after falling ill, the king soon welcomes a son, born in secrecy, as half of the kingdom would want the child dead. With a task to guard the only remaining heir to the throne, two warriors, Skjervald and Torstein, escape with the infant and must traverse treacherous landscapes to protect their future king.

“The Last King is a little bit like Norway’s Game of Thrones, save for the fact that it’s based on real events. /…/ And though there are no dragons, there’s a lot of badass skiing.” – Inverse