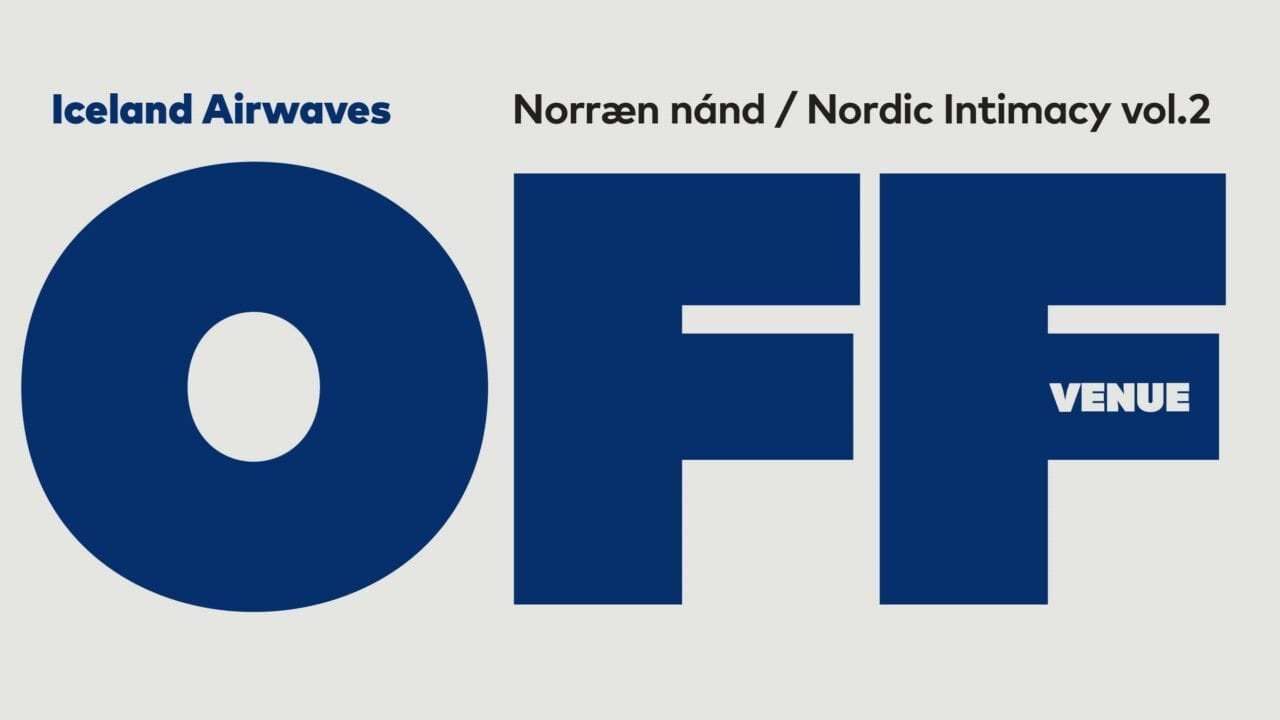 Oak & Shaw consists of Kaja Mærk Egeberg (NO) and Tobias Shaw (DK), who together produce organic, electronic indie pop music. Their music examines the encounter between the digital and the analogue, and the sound moves through dark forests and open fields. Clear melodies and poetic texts are challenged by electronic beats and samples of everything from fir cones to sheep.

Founder of the French band „Vortex“ (Les Disques du Soleil et de l’Acier) with Sonia Cohen-Skalli in the early 90’s, Nico Guerrero is an experimental guitarist and composer living in Paris and in Reykjavík, working on the electro-acoustic possibilities/transformations generated by electric guitar.

MIMRA (IS) Kl. 14:00 – 14:45
MIMRA is the guise of Icelandic singer, composer and producer María Magnúsdóttir. Her music could best be described as electro-acoustic folk-pop or orchestral pop. MIMRA performs her multi-dimensional arrangements as a solo act on stage. She brilliantly sings along electronic beats and soothing synths, using loop pedals and keyboard to her aid with extravagant results.

Bláskjár is the alter ego and solo project of Icelandic composer and musician, Dísa Hreiðarsdóttir. Bláskjár´s music is best described as lyrical folk music where storytelling plays a big role.

Miké Thomsen (GL)
Miké Thomsen is a Greenlandic actor, musician and traditional Inuit performer. Miké started acting after finishing high school in 2005, and has worked in many productions with The Inuit Theatre Company, Caritas Productions and The National Theatre of Greenland.  More recently Miké worked in Denmark with the successful Global Stories production Ni Hao Nuuk, where he was rewarded as Danish young actor of the year. His sound is best described as a magnificent blend of hardcore groove and colorful melodies with influences ranging from Megadeth and Led Zeppelin to Jaco Pastorius and Ray Brown. His most recent project is the jazz quartet AURORA that mostly plays Matthiasson’s original compositions.