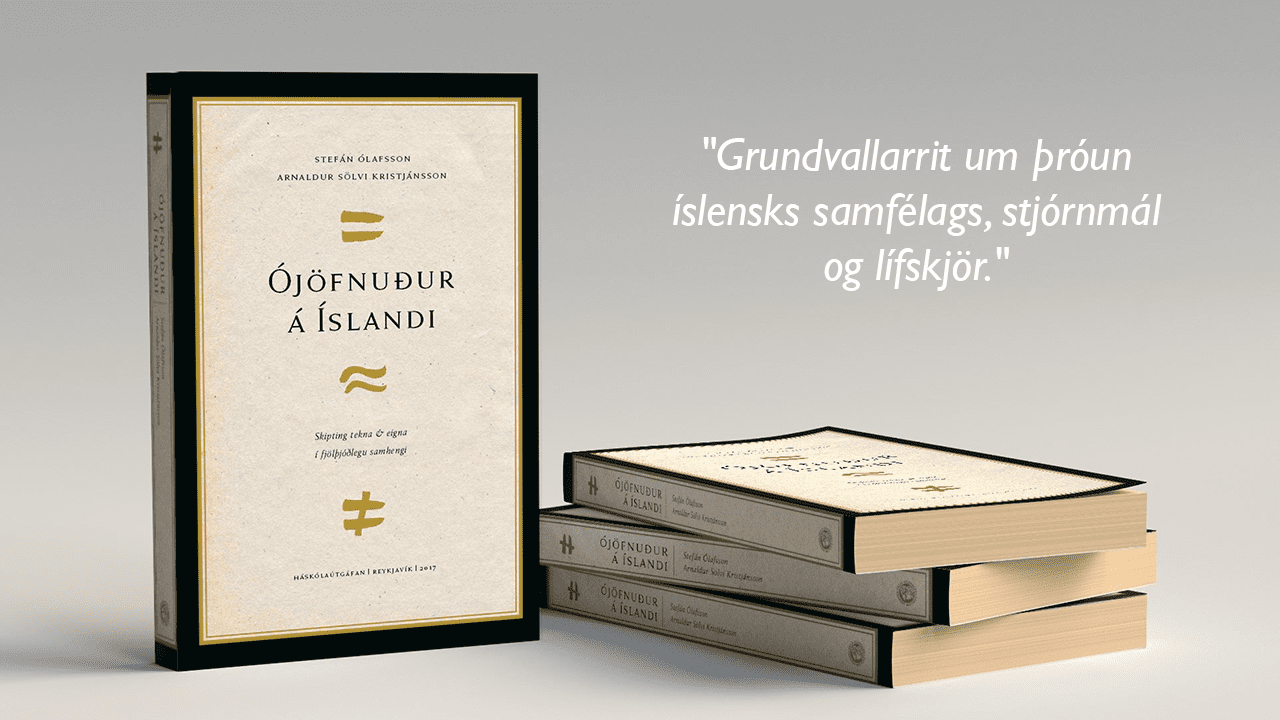 Introduction on a newly published book by the University of Iceland Press: Inequality in Iceland. At the Nordic House Friday December 1st at 12. Authors are Stefán Ólafsson og Arnaldur Sölvi Kristjánsson

This book is about inequality of income and wealth in Iceland, covering the period from 1927 to the present. It shows that inequality was quite pronounced before the Second World War. From the 1940s onward, the distribution of both income and wealth became much more equal. For about half a century, Iceland, along with the other Nordic countries, probably had the world’s highest level of equality.

This is a saga of extensive shifts, back and forth, between equality and inequality. The authors provide extensive international comparisons of top-income shares and other measures of income and wealth distributions, including data from Thomas Piketty and Anthony B. Atkinson and their colleagues, the OECD and Eurostat. The long-term patterns of inequality in Iceland are broadly comparable to those most commonly found in other Western countries, but the extent of the shifts involved was largest in Iceland. The period from 1992 to 2015 is extensively analysed and various drivers of equality and inequality are assessed and weighted using advanced statistical methods.

The data on inequality developments is analyzed in the context of the modernization of Icelandic society, economic and political developments, class structure, poverty, gender divisions, taxation and labour market developments, and in the light of the evolving Icelandic welfare state.

Inequality in Iceland is a book about the fundamental forces that shaped Icelandic society from the early 20th century to the early 21st century, politics and the evolving standards of living of the population.

Homepage for the book.