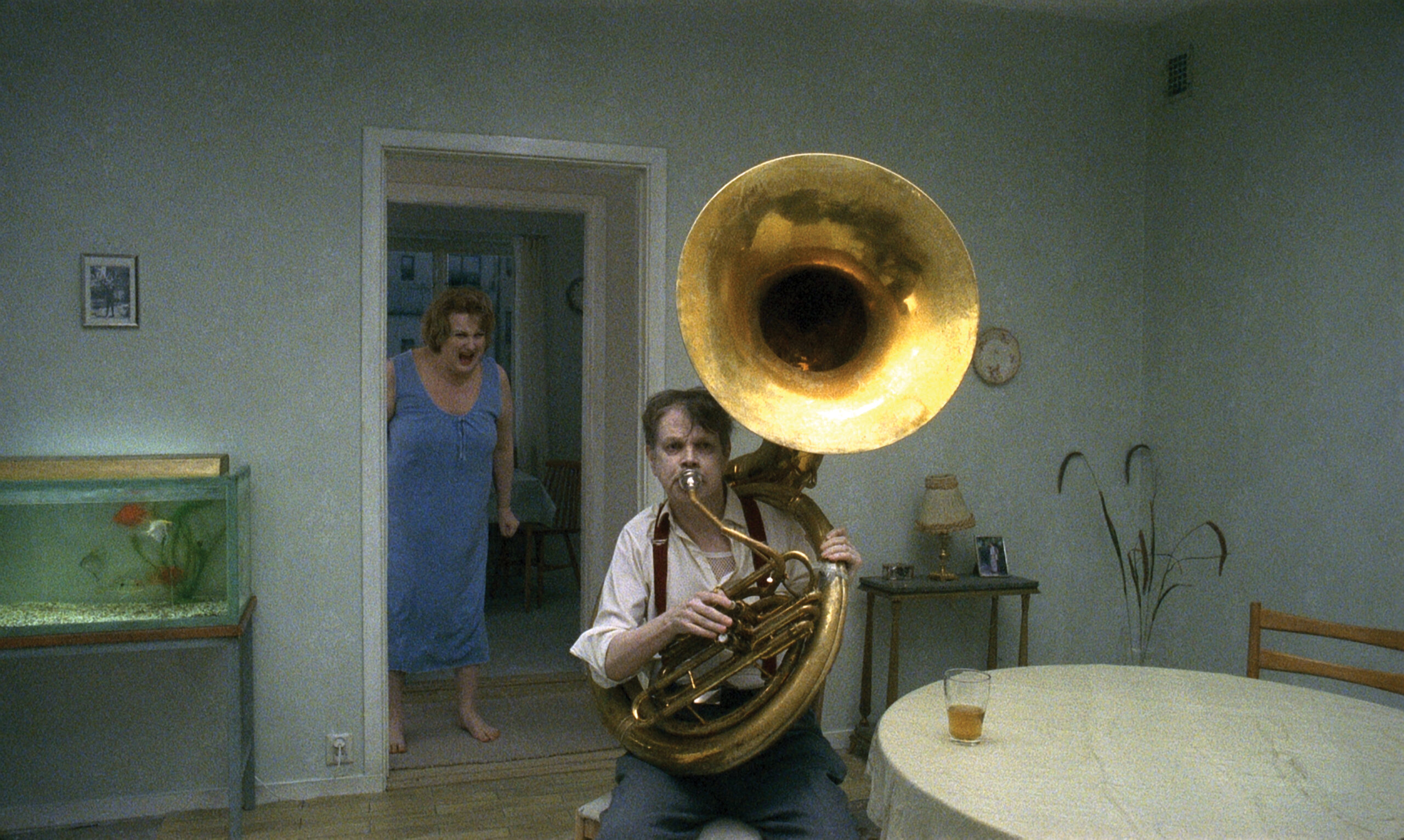 The exhibition So nice to hear that you are doing well focuses on Roy Andersson’s cinematographic work and artistic process. Key to the exhibition is his work on the feature film series ‘Trilogy about being human’, and, for the first time, items from About endlessness, which is due for release in spring 2019. The exhibition brings together still images, sketches and props from the pieces.

In Roy Andersson’s work, the spotlight is placed firmly on life’s big questions, viewed from the perspective of the common person. By turning his back on a conventional cinematographic narrative style, Andersson creates room for observations of different kinds.

Almost all of Andersson’s scenes are brought to life in studios, against carefully crafted backdrops, using the classic trompe-l’œil (‘deceive the eye’) technique – where painted imagery is used to imitate reality. Here, the camera serves as a proxy for the viewer and then deceives the audience through its representation of the backdrops’ claims of reality. One scene might take several months to prepare, and the backdrops are crafted by hand by skilled stage designers. When the environments are rendered in the studio, it is almost as if the memory is filtering the experience. The result is a world that appears to be a step away from reality.

Roy Andersson’s painting-esque approach to sculpting his perception of the world is considered reminiscent of the likes of Edward Hopper, Johannes Vermeer or Vilhelm Hammershøi. A key element of his aesthetic expression is how he works with colours. The scenes are created using a palette very specific to Andersson, oscillating between shades of grey and beige. Look closely enough at the almost monochrome filter created and it feels as though you can see the brush strokes.

Exhibited in The Nordic House Atrium.

The exhibition is a collaboration between The Nordic House and the Embassy of Sweden in Reykjavik, Iceland.