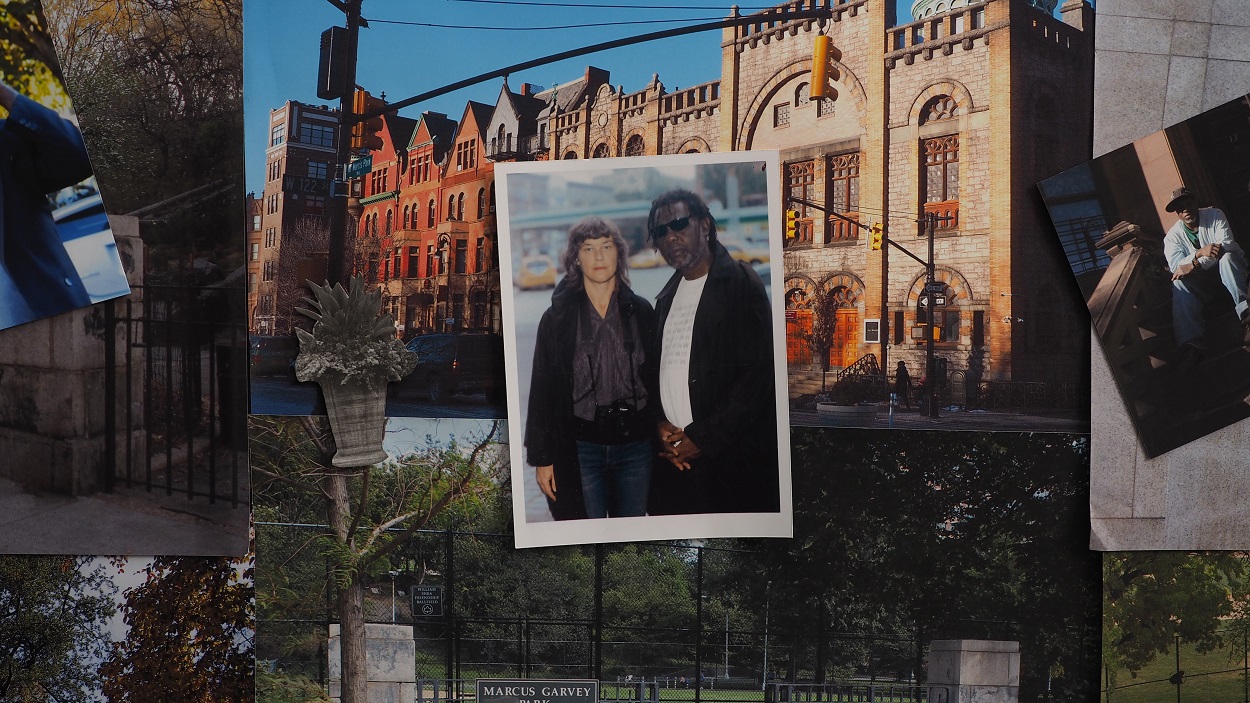 Friday, 20 November the Nordic House invites you to an online screening of the movie False Belief followed by a Q&A with the director Lene Berg and co-star Delano.

Discussions start at 16:50 and they will be conducted in English. To comment go to Livestream

False Belief is the love story of a couple caught up in the gentrification of a neighborhood that is wiping out a seminal African-American cultural legacy and displacing its original residents. In 2008 Norwegian artist and filmmaker Lene Berg moved in with her partner, a black New York publisher, who will be referred to as D. After giving a statement to the police about being harassed by his neighbor in Harlem, D was arrested, prosecuted, and imprisoned. But for what exactly? This initiated a journey where D’s faith in the American justice system put everything he cherished in life at risk.

I didn’t really want to make False Belief,. As a white European woman, I did not feel capable of addressing the particular racial conflicts underlying American society. How could I say anything valid about cultural subtexts that I did not grow up with? When I moved to Harlem to live with D, I didn’t understand everything that was going on around us. It was about the time the financial crisis broke out and Barack Obama was elected. Although I noticed the increased police presence on our block, I had no idea how serious the conflicts between economic development and the residents of Harlem were or to what degree the history of slavery still marks U.S. society. I was in New York on an artist fellowship and didn’t pay attention to the disputes D got involved in on our block. I didn’t think they mattered that much, even after D got arrested. The reason for his arrest seemed trivial, so I did not realize what kind of danger he was in. We worked together, lived together, and traveled together. Then he got arrested again—and again. And I had to learn terms like arraignment and restraining order and grand jury. The longer the case carried on, the more confused I got. D never received any official notice of the charges against him, not even before the trial. The prosecutor had “photographic evidence,” but the images didn’t indicate any crime being committed. The accusations were absurd: for example, that D had stomped on somebody’s flowers or held someone’s hand for too long in greeting. No dates, no witnesses, and no locations were identified. Yet the Manhattan District Attorney kept the case going for three years until it was brought to trial. Why would they go to the trouble of prosecuting such a small case with no real evidence? How did they think they could win this case? And most puzzling of all: What made them think it was worth expending so many resources? I certainly didn’t want to make a film about it; I just wanted it to end. But as the situation evolved I realized that the only way out of the Kafkaesque trap D was caught in was to try to comprehend what was happening to him, and to us. So with the help of our own words and memories, still and moving images, paper dolls and collages, courtroom transcripts, and speculations, I have tried to make sense of it. It still doesn’t make any sense, at least to me. But that is not the point. In the end, False Belief, is about one man’s belief in his right to speak his mind, grow his hair, live where he likes, and protect the people he cares about—and the price he had to pay for that belief. The opposite of justice is not merely injustice: it is the fear, distrust, hypocrisy, and moral breakdown of society. False Belief, is based on a true story, on our story. Some will say it is a one-sided story because our opponents speak only through the statements they made in court and to the police. But they lied, and we didn’t. Now you can decide.