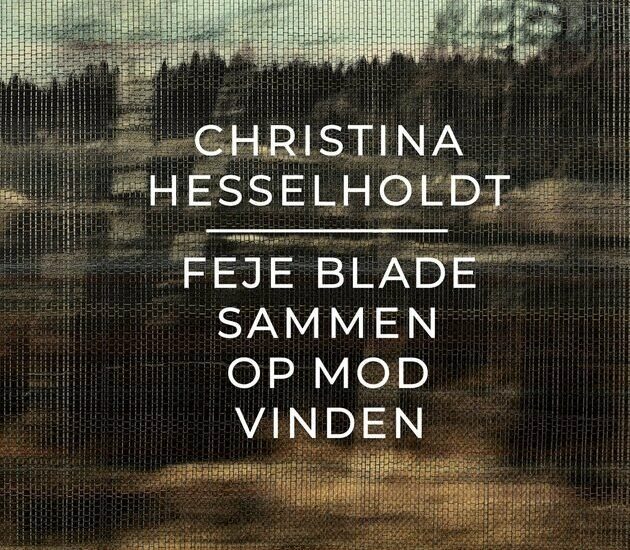 How do you deal with the desperation and grief of our dying world and the abuse of its creatures? How do you live as a (middle) aging with the memory of and longing for the now deceased family members, the voids they have left behind and the porous traces of memory? Can we, through the praising of the wonderful world, gather strength for the struggle for the survival of the world?

These questions revolve around Feje blade sammen op mod vinden (Sweeping leaves together up against the wind). It is the fifth independent volume in the Camilla series about a now middle-aged group of friends who take turns speaking and unfolding monologically. Camilla is the main character of the circle, the girlfriends Alma and Alwilda prominent supporting characters and the two male characters Peter and Edward more peripheral.

There is general agreement among Danish critics that Christina Hesselholdt’s prose has a linguistic virtuosity and vitality, which makes her books one of the most interesting and gripping in Danish literature. One feels teased and gently but teasingly pushed around in the manege of one’s thoughts and ideas by the many insistent deposits, adverbs and tangents that are an absolutely crucial part of the Hesselhold linguistic universe.

Christina Hesselholdt blasted internationally in both the German and English-language markets with the first four volumes of the Camilla books. Now the fifth volume is available here Feje blade sammen op mod vinden, and it can be read independently of the previous ones.