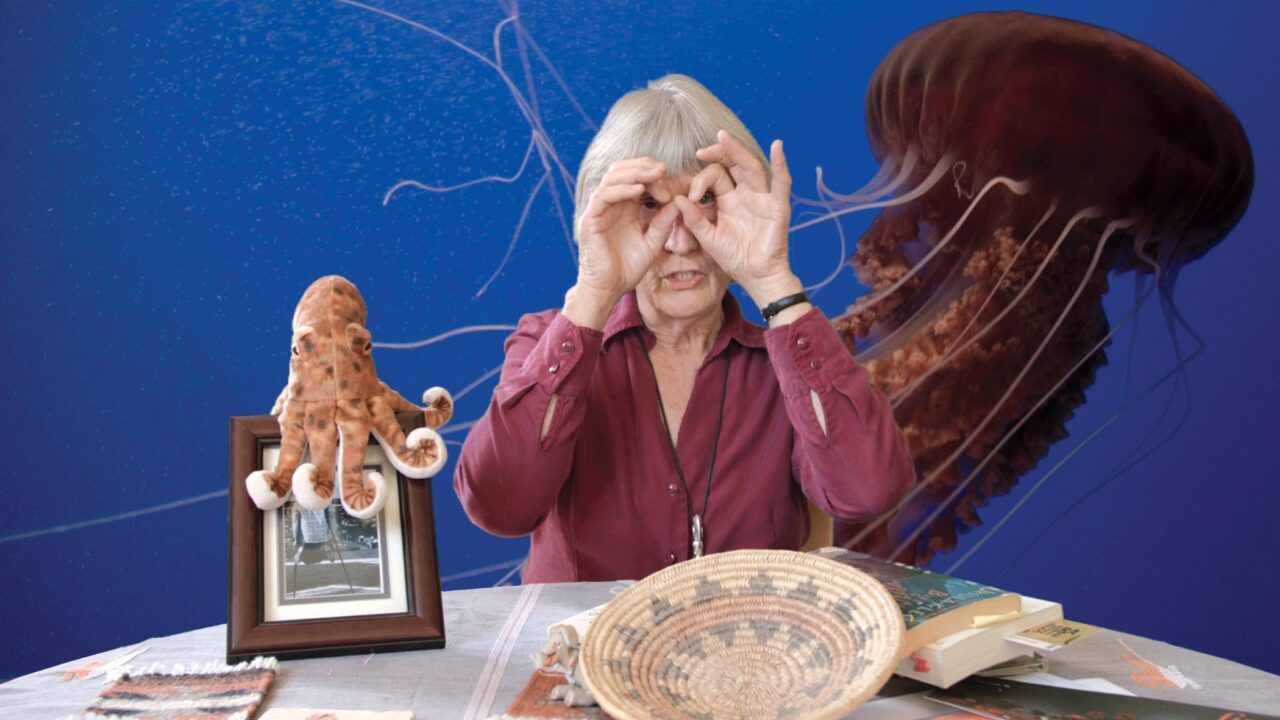 “Fabrizio Terranova’s portrait, Donna Haraway: Story Telling for Earthly Survival, stands on such twofold relation between attention and imagination. It is a humorous, inventive and fundamental artwork, as engaging for the lay as for those familiar with her thought.”

SYNOPSIS
Donna Haraway is a prominent scholar in the field of science and technology, a feminist, and a sciencefiction enthusiast who works at building a bridge between science and fiction. She became known in the 1980s through her work on gender, identity, and technology, which broke with the prevailing trends and opened the door to a frank and cheerful trans species feminism. Haraway is a gifted storyteller who paints a rebellious and hopeful universe teeming with critters and trans species, in an era of disasters. Brussels filmmaker Fabrizio Terranova visited Donna Haraway at her home in California, living with her – almost literally, for a few weeks, and there produced a quirky film portrait. Terranova allowed Haraway to speak in her own environment, using attractive staging that emphasised the playful, cerebral sensitivity of the scientist. The result is a rare, candid, intellectual portrait of a highly original thinker.

FABRIZIO TERRANOVA
Fabrizio Terranova, who lives and works in Brussels, is a film-maker, activist, dramaturge, and teacher at erg (École de recherche graphique) in Brussels, where he launched and co-runs the master’s programme in Récits et expérimentation/Narration spéculative (Narrations and experimentation/ Speculative narration). Terranova is the author of Josée Andrei, An Insane Portrait, an experimental documentary that was turned into a book published by Les Editions du souffle. He is also a founding member of DingDingDong – an institute to jointly improve knowledge about Huntington’s disease. He has recently published the article “Les Enfants du compost” in the joint publication Gestes.