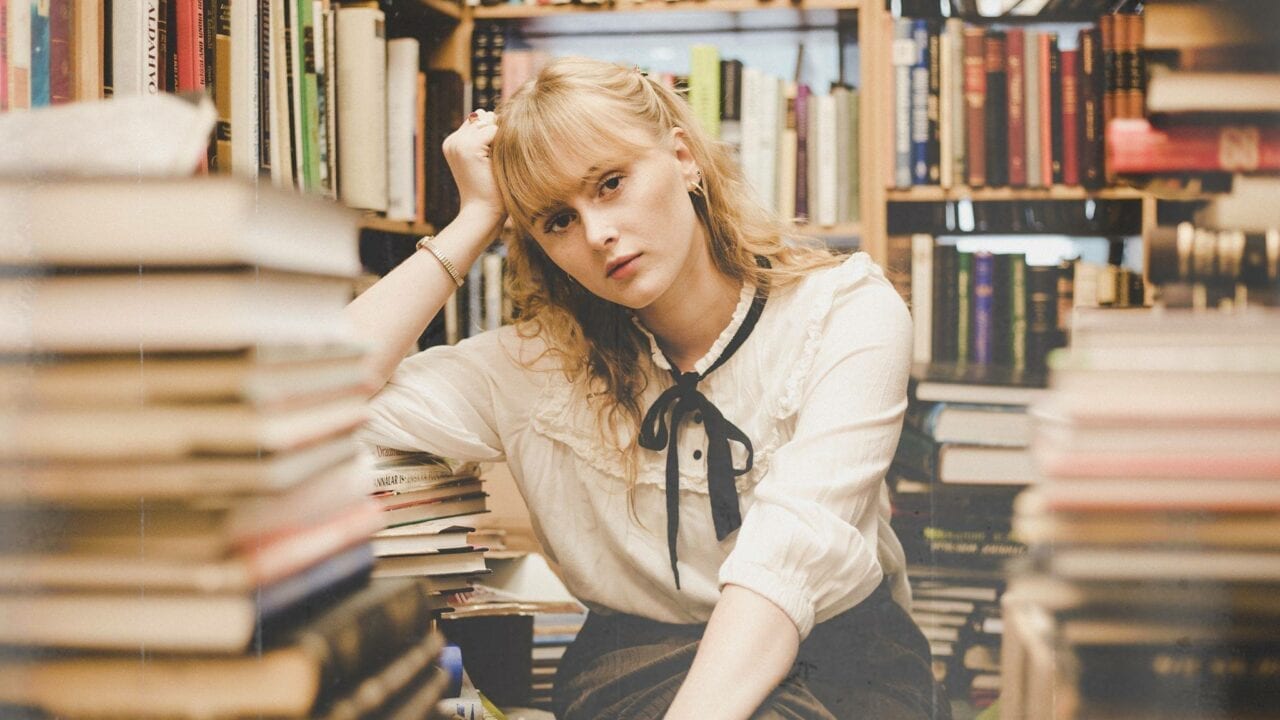 Elín Hall is a young and talented singer/songwriter from Reykjavik. Her music is a kind of pensive indie pop accompanied by guitar. The focus is on icelandic lyrics and a simple but honest sound world, and the record Með öðrum orðum (With other words) is spun from Elín’s diary entries from her college years. The album was released last summer and received well-deserved attention, also this year, when she was nominated to the Icelandic Music Awards for best album in the folk music category.

You sing in Icelandic, has that always been obvious for you?

I write in both English and Icelandic, but I made a decision that I wanted my first album to be in Icelandic. I’m studying theatre and took a lot of courses where I had to read a lot of Icelandic plays and literature and it just got me really interested in Icelandic, and old Icelandic. But I love to write in English as well. It is something very special with writing in a language that is not your personal language because it’s sometimes easier to express yourself when you don’t use the words on a daily basis. The Icelandic music scene has changed a lot in the last couple of years. Before everybody was singing in English, but suddenly it became trendy to sing in Icelandic.

You have lived in North America when you were younger. Has that influenced your music in some ways?

I mostly lived in Montreal, Canada, and they speak French there. Somebody told me that my sound is a bit French, I don’t know if I completely agree, but I can understand that people think that me and my voice sound like a French singer. And that’s probably because I was very heavily influenced by French singers and was listening to a lot of French music. I did a lot of ballet in Canada too, so I think it influenced me to be very melodic with my music.

You are studying theatre, do you want to be an actress or combine it with music?

I don’t wanna close any doors, I just wanna follow my instinct. I wanted to go to university probably because both my parents are professors so I could not imagine not going to university. I was choosing between drama and music and felt like there were so many more things that I needed to learn when it came to drama. And also, in Iceland at least, it’s much handier for you to be an actor with an actors degree. When it comes to the music scene, you don’t really need a degree to be a musician. And everybody would benefit from studying theatre and drama, it’s a very intense thing personally to do.

I just want to combine music and drama. They are very different to me but they kind of give me the same thing. The name of the game of being an artist is that you don’t know where you are gonna be in ten years or even one year. You have to rely on change and luck. I’m just trying to live inside of art and let everything influence each other. I hope people will be able to see me as both an actress and a musician. The fact that I’m doing both things sometimes confuses people, they want to put me in one category.

Your album is based on your diary from high school.

Yeah, I never wanted to write a diary because it hurted my hand so much. And also when you are around 13, you are always writing in school and you are always sore in your hands when you come home. So I decided to do voice recordings of my diaries and I did it every week from like 13 to 20, so I have my whole life documented in these voice clips. It’s mostly about being in love, falling out of love, dealing with mental health and hormones. Just being a teenager in all its glory and suckiness.