Welcome to Museum Night at The Nordic House with a guided tour and concert. The events will take place in Hvelfing between 18 – 23 and offer an exciting musical program by the Finnish musician Olli Aarni and Korean musician Okkyung Lee. The design store will be open and offer special opening prices on beautiful designer items. Free entrance!

Doors open at 18:00
Guided tour of the exhibition in English by director Sabina Westerholm at 19:30
Concert with Olli Arni and Okkyung Lee starts at 20:30

Land Beyond the Sea is a group exhibition. The dialogue between art and fantasy lies at the heart of this group exhibition featuring five Finnish artists who share their ideas and dreams of a better world. Besides immersing us in a world of pining and daydreams, the exhibition also looks at what happens when realities collide. It also raises the question: whose experiences are valuable?

During the Museum Night on Friday 7th of February the Director of The Nordic House, Sabina Westerholm, will give a guided tour of the exhibition. The guided tour will be in English and it starts 19.30. Free entrance.

Performing on Museum Night are cellist Okkyung Lee and kantele player Olli Aarni that have during the last few days carried out a mentor program by Forecast at The Nordic House. Okkyung Lee will perform an improvised piece on the cello and after Olli Aarni will play the traditional Finnish instrument kantele and electronics.

Olli Aarni is a self-taught musician from Finland. His texturally rich music weaves acoustic and electronic sounds into one harmonic mass. In his performance at the Nordic House, he will play the traditional Finnish instrument kantele and electronics. Aarni’s music has been released on four continents by labels like Flau and Longform Editions, and he has performed in various European countries and in Japan. He also works with sound poetry, plant sonification, skateboarding, and literature. 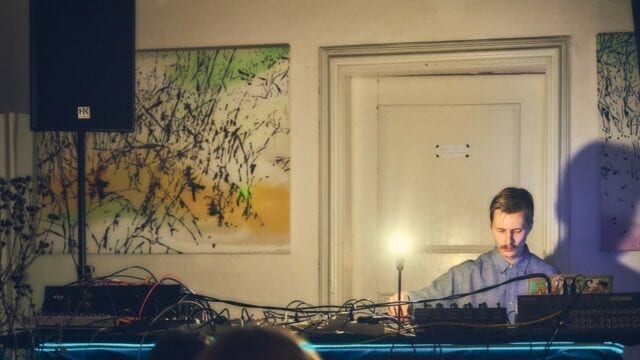 Okkyung Lee is a cellist, composer, and improviser who moves freely between artistic disciples and contingencies. Since moving to New York in 2000 she has worked in disparate contexts as a solo artist and collaborator with creators in a wide range of disciplines. A native of South Korea, Lee has taken a broad array of inspirations—including noise, improvisation, jazz, western classical, and the traditional and popular music of her homeland—and used them to forge a highly distinctive approach. Her curiosity and a determined sense of exploration guide the work she has made in disparate contexts. Okkyung Lee is a mentor in the Forecast mentoring program for aspiring musicians. 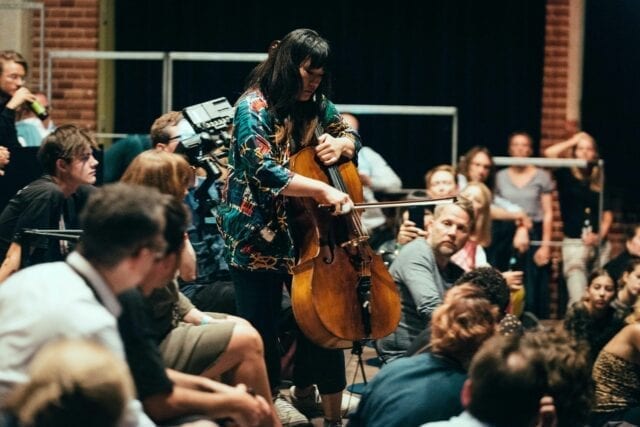 She has appeared on more than 30 albums, including a diverse variety of recordings as a leader, whether the acclaimed solo improvisation effort Ghil, produced by Norwegian sound artist Lasse Marhaug for Ideologic Organ/Editions Mego, or composition-driven collections like Noisy Love Songs (for George Dyer), released by Tzadik. In 2018 she released Cheol-Kkot-Sae (Steel Flower Bird), an ambitious piece drawing upon free improvisation and traditional Korean music that was commissioned for the 2016 Donaueschingen Festival by SWR2, where she collaborated with western improvisers Marhaug, John Butcher, Ches Smith, and John Edwards along with Pansori vocalist Song-Hee Kwon and traditional percussionist Jae-Hyo Chang. She currently leads an intricately nuanced Yeo-Neun Quartet featuring harpist Maeve Gilchrist, pianist Jacob Sacks, and bassist Eivind Opsvik that explores the lyrical side of her writing

Forecast offers artists and creative thinkers from anywhere in the world the chance to work with accomplished mentors toward bringing their projects to fruition. Forecast transcends neatly defined disciplines and genres to provide insight into creative production processes and carve out space for the questions on the minds of the next generation of trailblazers. Forecast is now having an open call for new mentoring programs. Is this something for you? Then follow the link below: 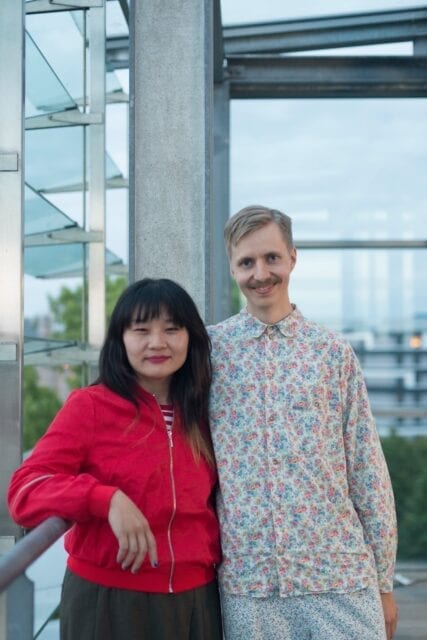 Winter Lights Festival is an annual event that celebrates both the winter world and the growing sunlight after a long period of darkness. The program consists of light installations, culture, and outdoor activities. Museum Night takes place 7. February 2020 and is Winter Lights Festival’s most popular event. Museums across the capital area open their doors and entertain their guests with happenings such as dance, theatre, lectures, live music, film, literature readings and much more free of charge.