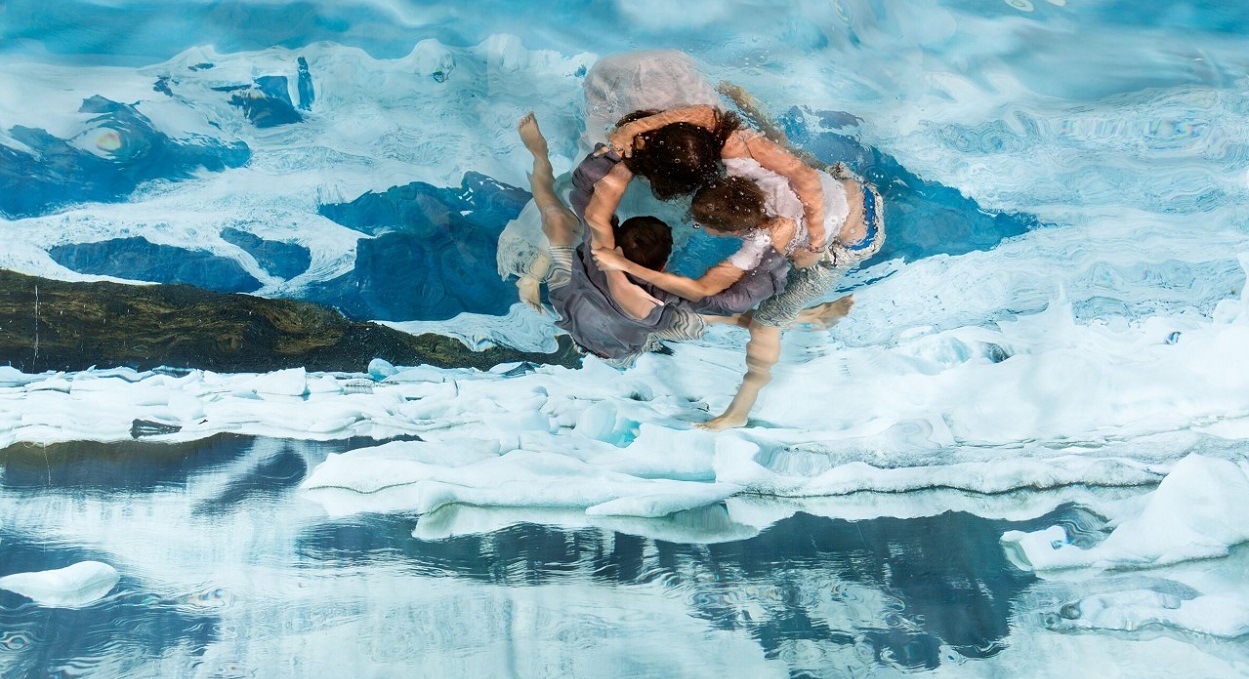 Land Beyond the Sea is a group exhibition featuring five Finnish artists.

Land Beyond the Sea sounds like the title of a tango. As it happens, there’s a popular Finnish tango called Satumaa (Dream Land) in which the singer croons of a wondrous, dreamy place everyone secretly pines to visit one day. The wistful lyrics exemplify the classic Finnish hankering to visit faraway places, but they also make a statement about the power of daydreaming and utopian longing. The dialogue between art and fantasy also lies at the heart of this group exhibition featuring five Finnish artists who share their ideas and dreams of a better world. Besides immersing us in a world of pining and daydreams, the exhibition also looks at what happens when realities collide. It also raises the question: whose experiences are valuable?

The featured artists recount tales of historical and imaginary events in a way that exposes the limitations of our personal realm of experience. In doing so, they also underline the importance and value of empathy.

The artists make no bones about exposing the imaginary nature of art, yet they also emphasize its power to change people and the world. Art is free to roam wherever and however it pleases, but are we viewers free enough in our minds to follow its journey to imaginary realms and realities? 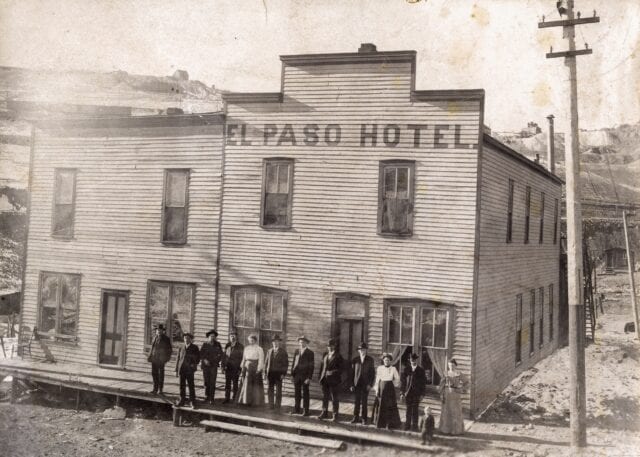 Marjo Levlin’s (b. 1966) Oblivion -O Blif Igen (2015) charts the artist’s journey from her childhood home in Maalahti to Colorado and California as she retraces the footsteps of her migrant relatives. The past and present become interwoven in this poetic piece reflecting on the colliding realities of migration and the migrant’s dream of a better life. Levlin’s first-person narrator takes us on a journey that fuses history with the present moment. 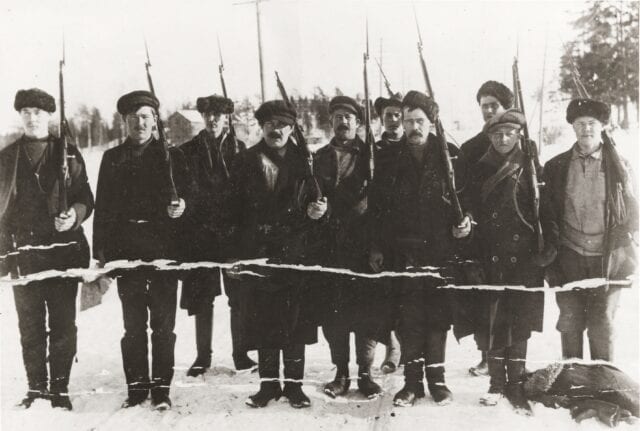 Carl Sebastian Lindberg’s (b. 1978) Red Heritage (2018) looks at the Finnish Civil War and its resonating impacts across many generations. The artist’s great grandfather fought on the losing side, and the time he spent in a POW camp left deep scars on the Lindberg family that are still visible a century later. The work is a thought-provoking meditation on the collision between the state and the individual, macro, and microhistory. 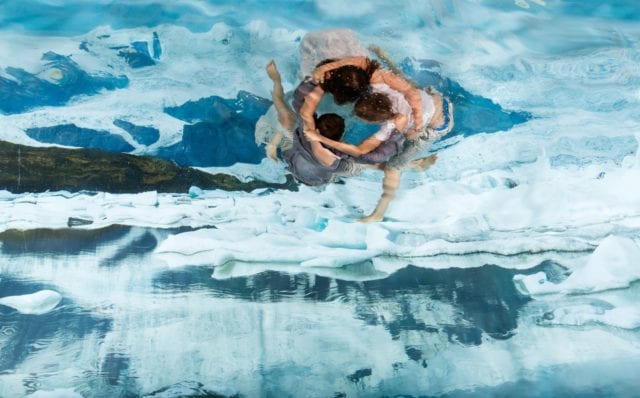 Susanna Majuri (1978 – 2020) has worked and exhibited in Iceland on numerous occasions. Her photographs weave together alternative realities in ways that underscore their here-and-now presence while also suggesting that the true frame of reference lies beyond what we see in front of us. In Majuri’s hands, photographs reveal their dreamy, mysterious side, with her lyrical imagery transporting us to multiple planes of reality. 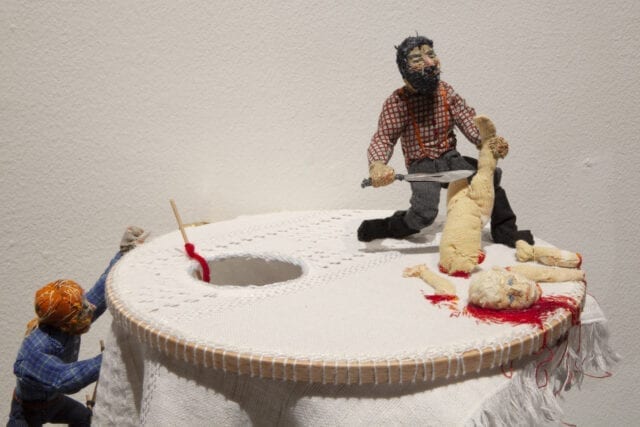 Pauliina Turakka Purhonen’s (b. 1971) textile sculptures draw inspiration from her childhood memories of medieval sculptures while delving into corporeality and art history in a way that truly gets under our skin. She uses herself and her loved ones as models for the characters in her fantastic tableaux, which visit the entire rich spectrum of existence between heaven and hell. 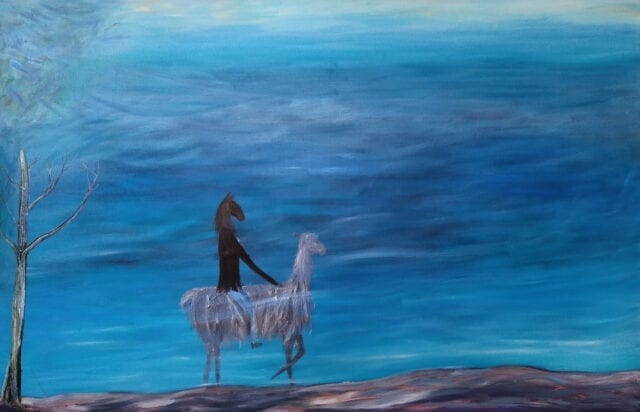 The paintings of Erik Creutziger (b. 1982) have both a physical and psychological presence. The worlds he conjures are perhaps lost paradises or dream-like domains, but the emotions they evoke are powerfully present in the here-and-now. Fantasy isn’t just an escape from reality; it is also the ability to experience something other-wise. Creutziger’s paintings propose and persuade, expressing the beauty and importance of ambiguity.

The exhibition was produced by the Pro Artibus Foundation and was curated by its resident curator Juha- Heikki Tihinen. It follows up By Water – Icelandic Artists on the Shores of Finland, an earlier exhibition presenting the work of Icelandic contemporary artists held in Helsinki and Tammisaari in 2016.

Picture in the banner is Children and sky (2017) by Susanna Majuri
The entrance to the exhibition is free
Opening hours are Tuesdays to Sundays from 10-17
Please note that The Nordic House is closed on Mondays.

The Nordic House offers free guided tours in our exhibition hall Hvelfing, which currently portrays the exciting exhibit Land Beyond the Sea which has been created by five Finnish contemporary artists.

Guided tour in the art exhibition Land Beyond the Sea