Snæbjörg Guðmunda Gunnarsdóttir soprano singer and Þóra Kristín Gunnarsdóttir pianist both live abroad, Snæbjörg in Stuttgart and Thora in Zurich. The first concert as a duo is a tribute to their home country and their respective countries of residence. The first part of the repertoire contains some of the best of German and Swiss late Romanticism: Works by Wagner, Strauss, Wolf and the Swiss Paul Juon and Othmar Schoeck. The second part is dedicated to Iceland with music including works by Atli Heimir Sveinsson, Jórunn Viðar, and Tryggvi M. Baldvinsson, with folkloristic elements, colorful melodies, and even an Icelandic tango.

Snæbjörg Guðmunda Gunnarsdóttir began her studies the Söngskóli in Reykjavik and Iceland Academy of the Arts. She received a master’s degree in March 2019 from the opera class of the Academy of Music in Stuttgart. Snæbjörg made her debut as Desdemona in the children’s opera Der Kleine und Otello by Verdi / Aurélien Bello at the Osterfestspiele in Baden Baden and last summer she performed the role of Night Queen at Schlossfestspiele Ettlingen in Germany. In the summer of 2019, Snæbjörg was the Richard Wagner Societies in Stuttgart scholarship recipient at the Richard Wagner Music Festival in Bayreuth, Germany.

Þóra Kristín Gunnarsdóttir received a master’s degree in performance, teaching and chamber music from the University of Lucerne in 2017 and graduated with honors. Her teacher in Lucerne was Yvonne Lang, but in the fall of 2017, she started studying performance and chamber music at the University of the Arts in Zurich, where her main teacher is the pianist Friedemann Rieger. In Zurich, Þóra also studies with other teachers, including Eckart Heiliger, the pianist of Trio Jean Paul. She also attends Masterclasses in solo performance, Lied-accompaniment and ensemble playing. She also teaches and performs widely with the various singers and instrumentalists.

Tickets are kr. 3.000, kr. 2.000 for seniors, for students and guests under the age of twenty. Tickets available on tix.is and at the entrance. The concert series Klassík í Vatnsmýrinni (Classics in the moorlands) is organized in collaboration between the Icelandic Soloist Society and The Nordic House and places great emphasis on Scandinavian and international cooperation. 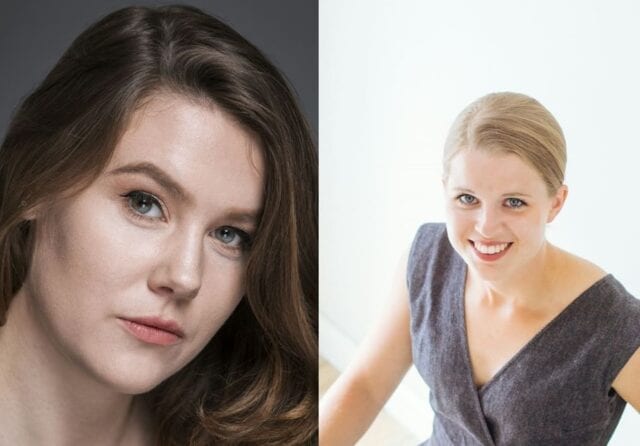 About the concert series

The concert series Klassík í Vatnsmýrinni is organized in collaboration between the Icelandic Soloist Society and the Nordic House. The aim of the series is to give the audience a chance to hear performances by the very best among Icelandic classical musicians, as well as guests from abroad, in solo concerts, recitals and chamber music.