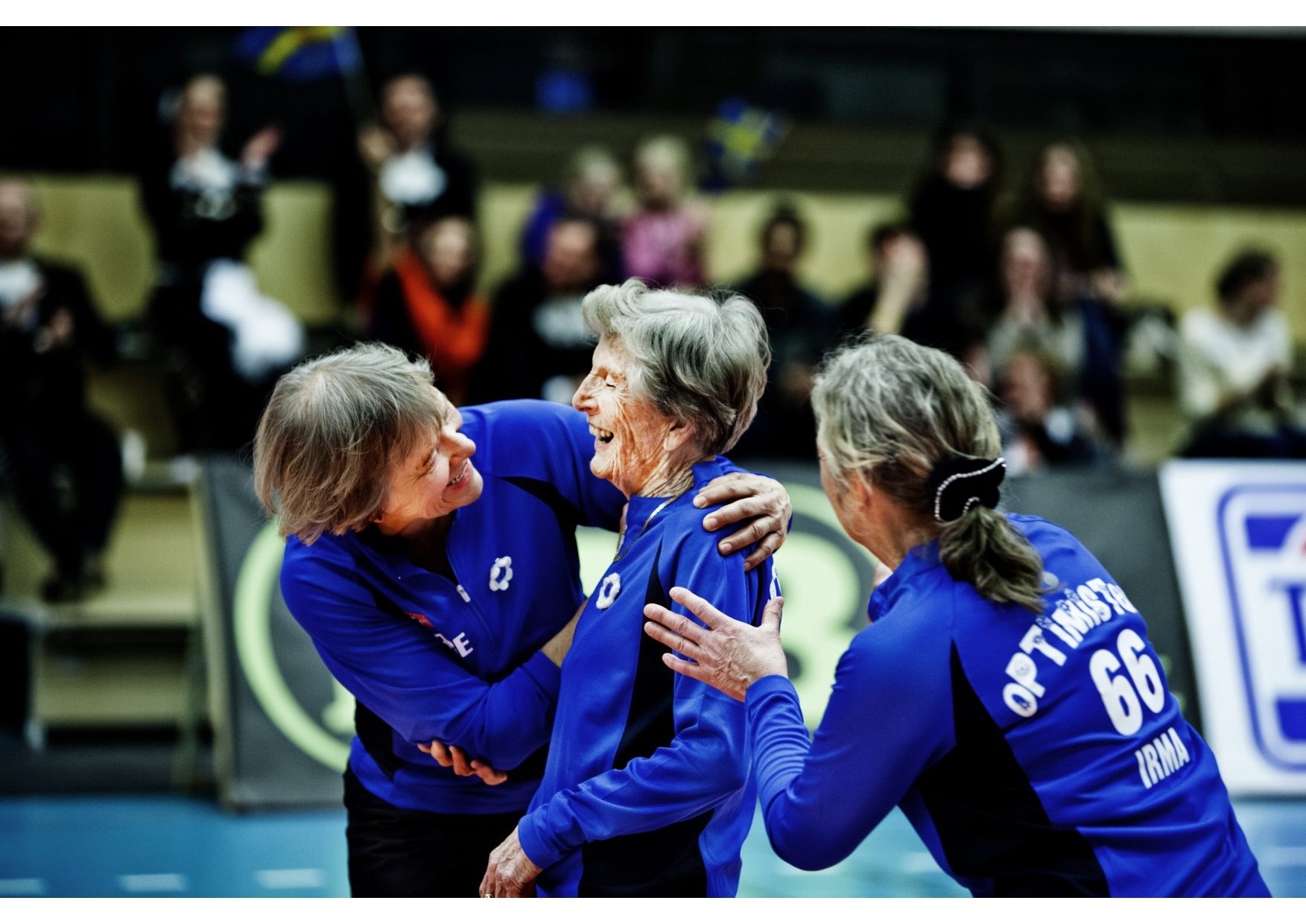 The movie The Optimists (NO)

The Nordic House is screening a heartwarming volleyball documentary and serving power-soup from AALTO Bistro on the occasion of the annual volleyballtournament Öldungamót!

Publikum, players and everyone curious is welcome!

Tickets on tix.is and at the Nordic House.

Have a seat at our table and get an energyboost from the Aalto Bistro’s specially made health soup the day before the beginning of the Icelandic volleyball tournament. The dinner is open for all, both players, audience and everyone curious. Afterwards we set the stage for the volleyball matches by screening the film The Optimists – a life-affirming documentary about how aging should not put an end to volleyball ambitions!

The documentary is screened with norwegian speach and english text.

The Optimists is a moving, humorous and absorbing documentary film about an extraordinary volleyball team in Hamar town, consisting of ladies between 66 and 98 years of age. Even though the team has been training once a week for 40 years, it has not played a single game the last 30 years. Now they have decided they would finally like to play a game. But who would they play against?

Maybe they can find a team of handsome men in the neighbouring village Brumunddal? Or do they have to go to Sweden to find a worthy opponent?

Goro, 98, is the queen of the team. With her willpower, joy of life and pink Converse shoes, she is the incarnation of the team’s philosophy of life. But the challenges of old age also affect Goro. Loneliness and yearning often knock on her door. On those occasions, it’s imperative to fight her way through the challenges and set new goals for herself.

The film follows her and the team – in everyday life and on the court – from when they decide to play one last game, through their preparations, and until the game finally takes place. – And soon the strategy is clear: Laughter, training, team spirit, crochet flowers, and maybe a few handsome Swedish gentlemen?

The optimists is a documentary by Gunhild Westhagen Magnor. Producer is Skofteland Film AS.

“You will definitely get a new view on aging, human value and not least humanity in the fall of life” – Hamar Dagblad

The documentary has won several prizes, among others The Ray of Sunshine at the Norwegian International Film Festival, Haugesund, and a Kanon Award for Best Editing