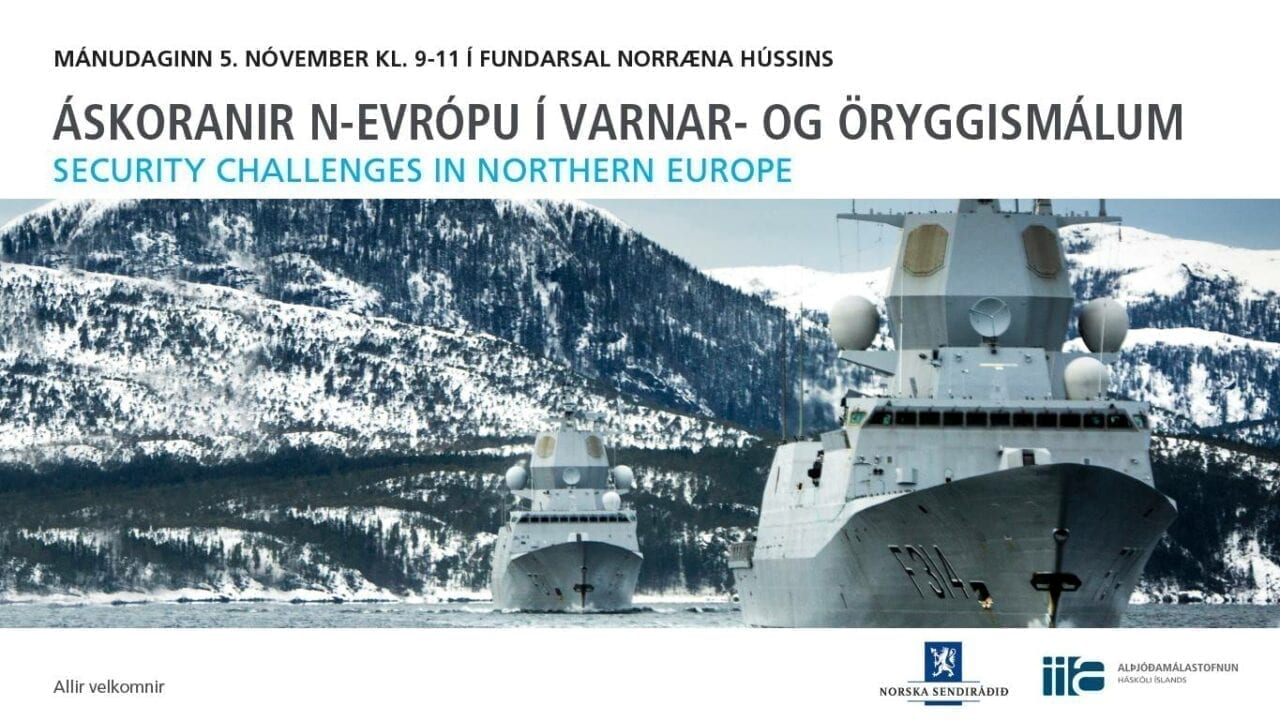 Monday November 5th from 9:00 to 11:00 at the lecture hall of the Nordic house a open seminar hosted by the Institute of International Affairs and the Norwegian Embassy in Iceland

The main challenges Northern European nations face involve finding ways to strengthen their regional defence cooperation and buttress the all-important NATO-EU partnership. These are among the findings of a recently published RUSI Whitehall Paper entitled Security in Northern Europe: Deterrence, Defence and Dialogue. John Andreas Olsen, Colonel in the Royal Norwegian Air Force and Editor of the book, and Per Erik Solli, Defence Attaché and Colonel in the Royal Norwegian Air Force, discuss what may be the key issues for the countries in the region.

Moderator: Pia Hansson, Director of the Institute of International Affairs at the University of Iceland