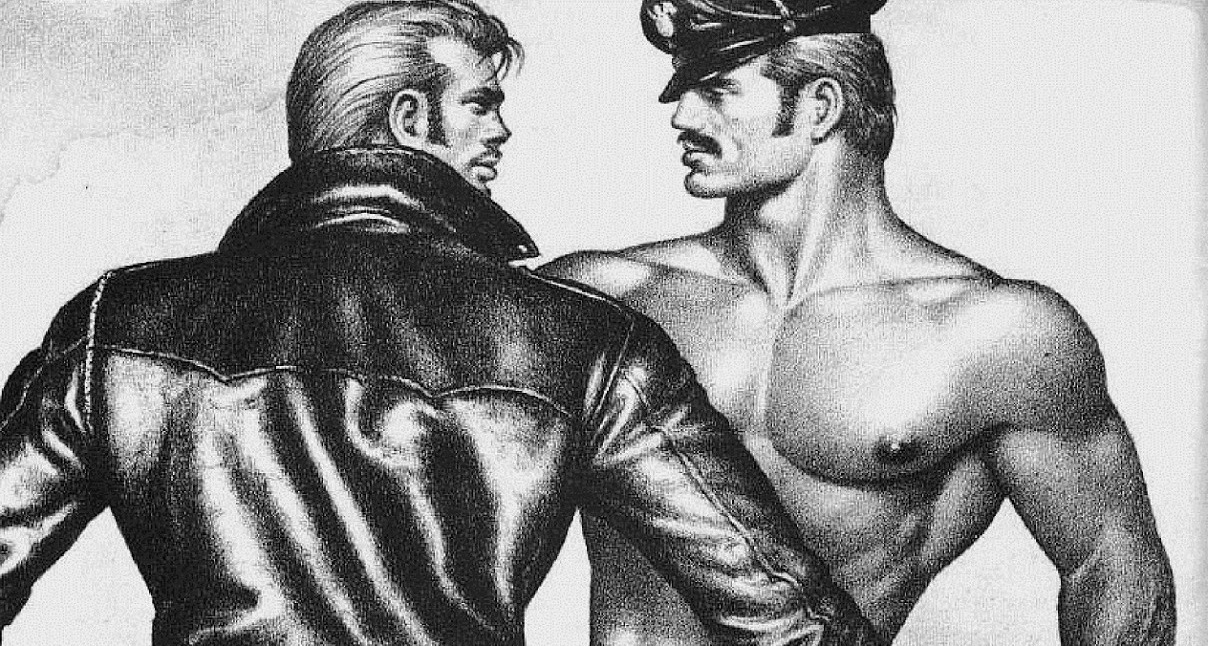 Exhibition of the drawings of Tom of Finland

The movie Tom of Finland has officially been selected as Finland’s choice for the Foreign-Language Category for the Oscars. The film is directed by Dome Karukosi.

In those days, a gay man was made to feel nothing but shame about his feelings and his sexuality. I wanted my drawings to counteract that, to show gay men being happy and positive about who they were. Oh, I didn’t sit down to think this all out carefully. But I knew – right from the start – that my men were going to be proud and happy men!
– Tom of Finland –

Tom of Finland was born Touko Laaksonen in 1920 in the village of Kaarina, Finland. At the age of nineteen, he moved to Helsinki to attend art college and, for his own personal enjoyment, created his first homoerotic drawings. Following his release from the army after World War II, Touko began to work in advertising. He continued to draw his fantasies and, urged by close friends, submitted them to the American bodybuilding magazine  Physique Pictorial. Because of the conservative social climate in 1957, he chose to be published under the pseudonym “Tom of Finland.” His images were an immediate success, followed by the publication of numerous booklets and anthologies, and since 1973, his work has been exhibited in museums and galleries worldwide. With his friend Durk Dehner, he founded the Tom of Finland Company in 1979; the Tom of Finland Foundation was formed five years later as a non-profit educational archive to preserve, restore, and exhibit erotic art.

I know my little ‘dirty drawings’ are never going to hang in the main salons of the Louvre, but it would be nice if – I would like to say ‘when,’ but I better say ‘if’ – our world learns to accept all the different ways of loving. Then maybe I could have a place in one of the smaller side rooms.
– Tom of Finland –

You can purchase the Laaksonen drawings during an exhibition. Further information is available at riff@riff.is

The exhibition is being conducted in collaboration with the Tom of Finland Foundation in Los Angeles.