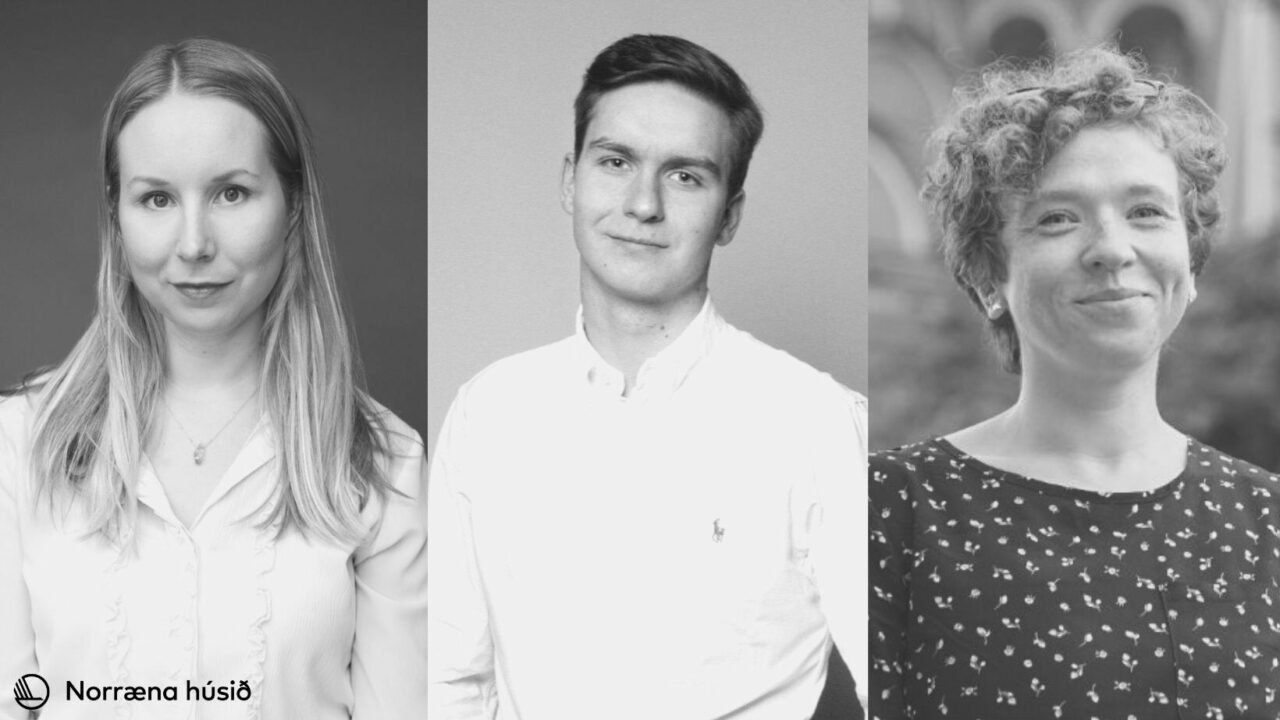 The Nordic House in Reykjavík invites you to a summer reading event in our Pavilion by the birch trees. The readings all deal with man’s responsibility for himself, in relationships and for life on earth, which the three authors take on with both depth and humor.

There will be refreshments for purchase from SÓNÓ restaurant.

Þóra Hjörleifsdóttir is a writer who lives and works in Reykjavík. Her first novel Kvika came out in 2019 and attracted a lot of attention for its style and content. Þóra holds a master degree in creative writingfrom the University of Iceland and is a member of the poetry group ”Svikaskáld”. Þóra was nominated along with the group Svikaskáld to the Icelandic literature price in 2021 for the novel Olía.

Kvika is a poetic novel in which a realistic picture of a mentally abusive relationship is described, influenced by contemporary pornography and its dire consequences for a young woman. Kvika was directly connected to the #MeeToo wave and offered a artistic view on domestic violence which had not previously been so clearly defined in Icelandic literature. Publisher: Forlagið.

Natasha S. is a poet, translator and a journalist. She was born in Moscow, Russia and lived in Iceland for 10 years. She edited the Pólífónía poetry collection of foreign origin (2021), presented a column in Víðsjá (radio), and her first collection of poetry is due to be published this fall by Una publishing house.

Her book describes how reality changes in times of war.

Ingólfur Eiríksson (b. 1994) is a writer and scholar. He has released the poetry books Klón: Eftirmyndasaga in collaboration with Elín Edda and Línuleg Dagskrá His first novel, The Big Book of Self-Pity, won the Center of Icelandic Literature’s New Development Grant in 2021.

Klón: Eftirmyndasaga is a hilarious and poignant poetic novel about man’s responsibility towards life on earth, about death and rebirth. The book traces the biography of the clone dog Samson Ólafsson Moussaieff, but that story leaves no one untouched. The text of the book is by Ingólfur Eiríksson and pictures by Elín Edda.