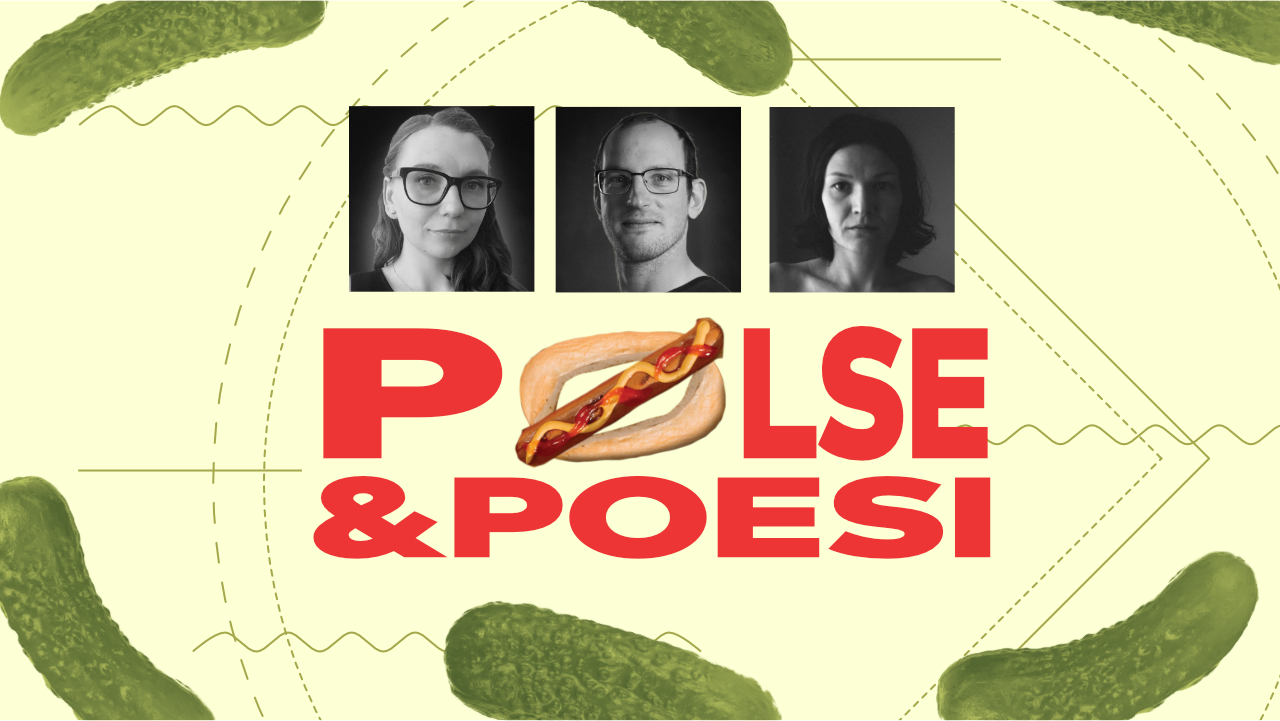 Jakub Stachowiak, Mao Alheimsdóttir and Kamila Ciolko-Borkowska read aloud from their poems, while we serve Polish sausages from Pylsumeistarinn with pickled cucumbers.

The readings will be in Polish and Icelandic

Jakub Stachowiak was born in Poland in 1991 and has lived in Iceland since 2016. He is a postman, author student and poet. For his first book of poems, this year I received a New Breeding Scholarship, which is called “Night Cities” and was published in November by Sæmundur Forlag. He also publishes poems in the poetry collection Pólífónía, which contains poems by foreign poets in Reykjavík and in various magazines, including Skandala and Tímarit Mál og Menningar.

Mao Alheimsdóttir is Polish in origin, living in Iceland since 2006. She has an MA Literature from the University of Iceland 2020. Author of the essay My Little Mongolia in Journal of Language and Culture. She has received an Innovation Grant from the Center for Icelandic Literature 2021 for the novel Veðurfregnir og jarðarfarir (“Weather forecasts and funerals”). She is behind the radio program Að fjallabaki (“On the back of the mountain”).

Kamila Ciolko-Borkowska is a Polish woman who tries to understand Iceland. She writes prose and poses. She has published (only in Poland) a book of poems: „Wszystko już było” („Everything has already been”) and the novel: „Przezwykłe przygodny nieboszczki Marysi” („Ordinary adventures of the late Marysia”). Her work has been published in anthologies, magazines, websites, and several other places. Every two weeks she has a program on Bookradio about writing.