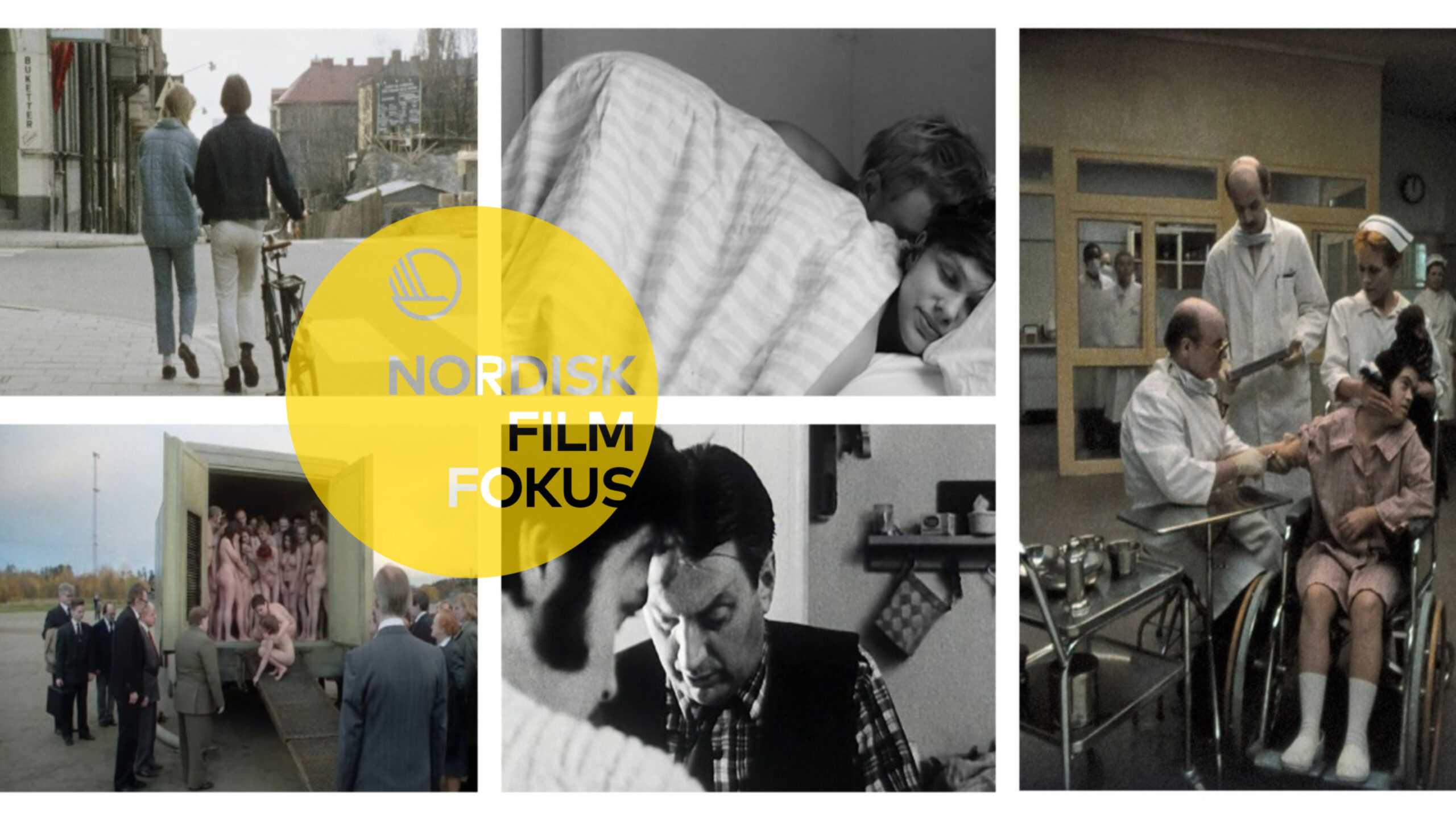 Welcome to Nordic Film Focus 21.-24. February with the Swedish filmmaker Roy Andersson. Entrance is free but we recommend you reserve a seat in advance at Tix.is and in the tickets link above.
English subtitles / In Swedish

Something Happened (1987) 24 min
A film that attempts to analyse the facts and fictions surrounding the discovery and eventual epidemic of the AIDS virus, funded by the Swedish Board of Health and Welfare to be distributed to schools, colleges and universities around the country.

Saturday, October 5th (1969) 48 min
A black and white 1960s urban drama about the day a young Swedish man spends with his girlfriend, and anxiety’s intrusion upon it.

To Fetch a Bike (1968) 17 min
A moving colour film that is somewhat sketchy scenes describes the morning activities of a tentative young pair of lovers. A minimalistic study of waking up on the wrong side of the bed, To Fetch a Bike shows two young lovers getting ready for a new day.

Visiting One’s Son (1967) 9 min
The storyline is about a son’s father (Lars Karlsteen) and mother (Maud Backeus) who come to visit him (Peter Egge) and his girlfriend (Kajsa Wilund) for the first time. The father continually criticizes the living condition his son is living in. The son does a good job of ignoring and not confronting his father’s rudeness. …

World of Glory (1990)  16 min
A group of gentlemen and ladies stand around a lorry in an open place at the outskirts of a city. Naked men, women and children are herded in through the rear door of the lorry. When the door has been locked, one of the gentlemen takes a hose and connects it from the exhaust pipe to the interior of the lorry. Then the lorry drives around in circles in the open place. A middle-aged man in the foreground turns to face us in the audience…