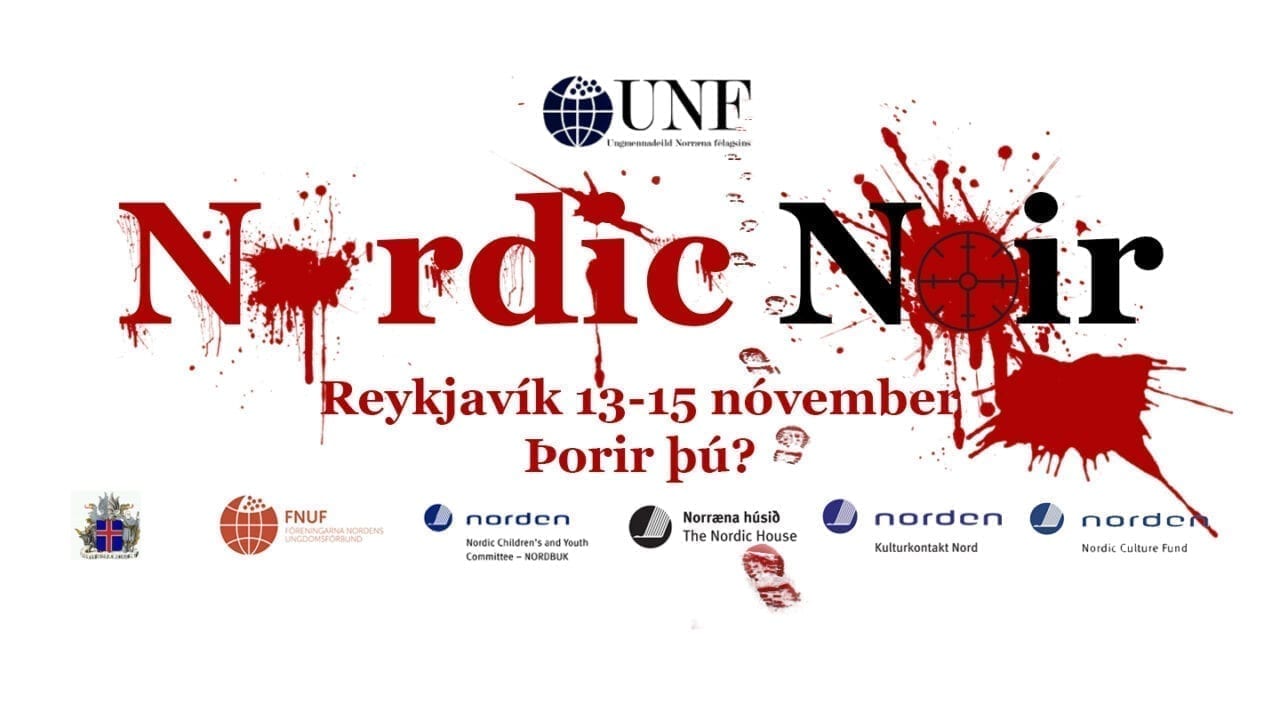 Nordic crime fiction has seen a rise in global demand and popularity in recent years. As part of the crime festival, Nordic Noir, we want to know what has contributed to this movement.

The panel debate is organized by UNF for its sister organizations in all of the Nordic countries to raise awareness, interest and knowledge about Nordic co-operation, culture and language. However, we have decided to open the doors to the public for this exclusive event with award-winning panelists – EVERYONE WELCOME! FREE ENTRANCE!

The event will take place in ENGLISH.
The panel debate will be composed of the following guests:

Óskar Jónasson (Iceland) is a writer/director known for films such as Sódóma Reykjavík (Remote Control), Reykjavik-Rotterdam which won five Edda-awards, and was later re-made by the Working Title-Films under the name Contraband. Last but not least the crime ficion series Svartir Englar (Black Angels) and Pressa (Pressure) which were shown primetime on Icelandic TV.

Hans Olav Lahlum (Norway) is a historian, politician, chess-player and writer of biographies and crime for both youth and adults; so far seven books about K2 and Patricia have been published, the newest one, Haimennesket, being released in August this year. His crime books have been translated into eight languages, including English, Danish, Swedish and Korean.

Jonas Grimås (Sweden) is a screenwriter and director, living in London, who studied at the Dramatic Institute of Stockholm, and later at the Royal College of Art in London. In 1988 he won the BAFTA Award for best short film with Artisten. Amongst the things he has done are some of the Wallander films, based on Henning Mankell’s world famous character, and some of Camilla Läckberg’s books.

Úlfhildur Dagsdóttir (Iceland) is educated in literature and has written reviews for, and articles about crime fiction. She works at the Reykjavik City Library and has in that capacity organized at least fifteen “crime walks” in Reykjavik. She has been a member and committee member of the Icelandic Crime Association, and has previously sat on the jury for the Glass Key, the Nordic crime fiction award.

You can read more about our umbrella organization and find information about our sister organizations on the following website: www.fnuf.org