The event begins at 19:30 and everyone is welcome as long as there is room. The conversation will be in Swedish. Free entrance. Welcome!

Two Nordic writers will discuss their authorship. Icelandic Þórdís Gísladóttir has invited Swedish Nina Hemmingsson to the Nordic House, where they invite the audience into a conversation about their interests, themes, writing styles, discoveries and sources of inspiration.

Nina Hemmingsson (1971) is one of Sweden’s most recognized cartoonists. She is also a poet and publisher, graduated from the Academy of Fine Arts in Trondheim. She mainly draws shorter comics, often comics with political and social criticism. An example of Hemmingsson’s work is Bäst i början / Bäst in the beginning. Her work has been published in the magazines Galago and Bang, the Uppsala student newspaper Ergo, and the newspaper Aftonbladet. She has also published books, Hjälp! (2004), Jag är din flickvän nu (2006) and Demoner – ett bestiarium (2007). Prior to the 2010 wedding between Swedish Crown Princess Victoria and Daniel Westling, she made an anti-royalist cartoon called Prinsessan & Gemålen for Aftonbladet. 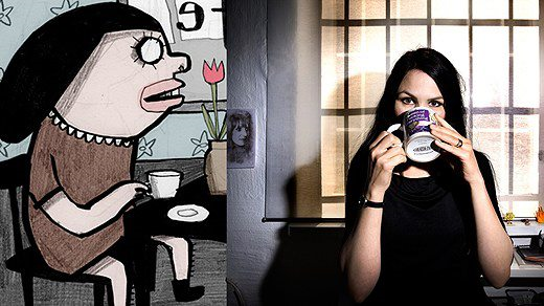 Þórdís Gísladóttir (1965) is an Icelandic children’s book author and novelist, poet and translator of well-known Swedish authors. She is educated in Nordic studies from the University of Iceland and Uppsala. Gísladóttir debuted in 2010 with the poetry collection Leyndarmál annarra and has also appeared with the lyric collections Velúr (2014) and Óvissustig (2016). She is known for the children’s books on Randalín og Mundi (2012, 2013, 2015) and Doddi (2016, 2017). She has worked as a literary critic, taught and lectured at schools in Iceland and abroad, written articles in Icelandic and foreign magazines, made broadcasts and delivered canons at RÚV, worked as web editor for the Nordic Council and the Icelandic magazine Börn og menning. 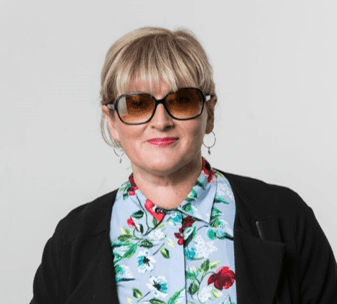 Read more about Meet the Author