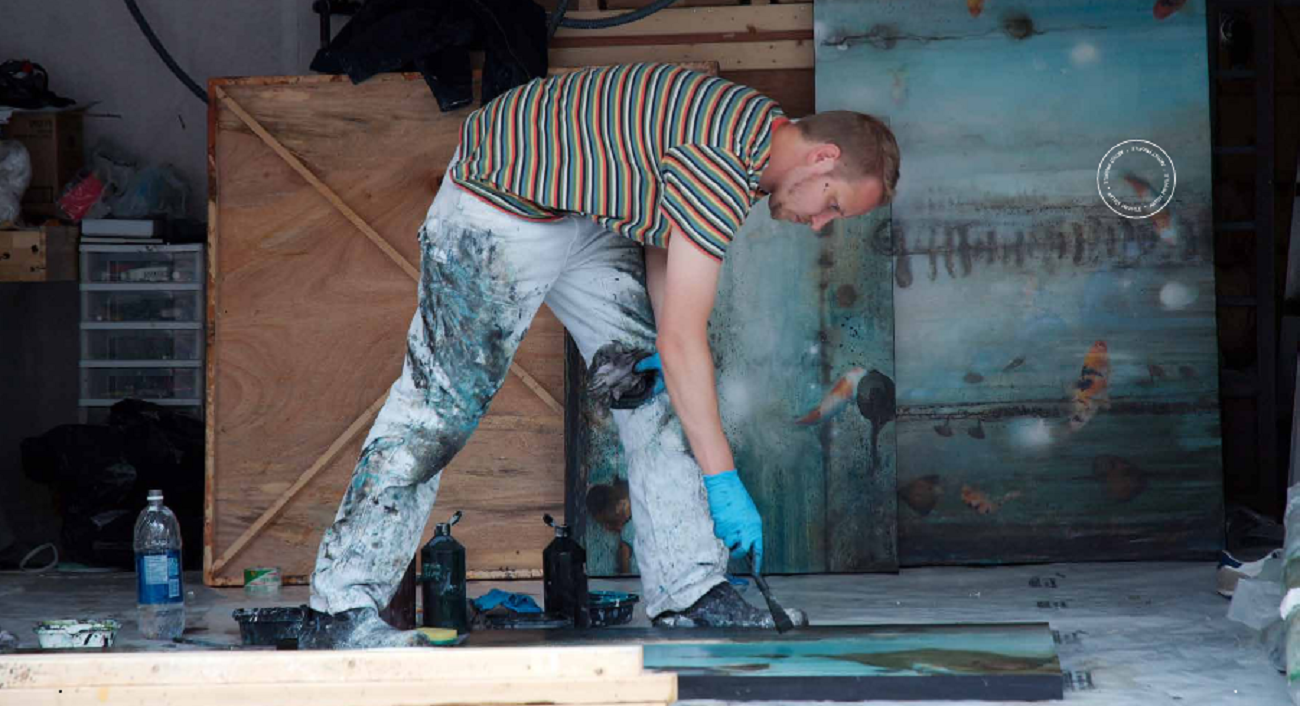 Steven Nederveen is a well known Canadian artist with work featured internationally in galleries, art fairs, magazines, media programs and many private collections. Nederveen’s painted and stained panels of un-resined works are finished with a gloss varnish that allows areas of textured paint to show through, revealing evidence of the artist’s process, while resined panels have a high-gloss, smooth, reflective surface adding to the dreamlike quality of his work. He holds a Bachelor in Fine Art from University of Alberta (1995).

Steven travels extensively, photographing places that feel alive to him, recording the presences there and then re-imagining that world through a combination of digital and painterly processes. He finds inspiration in painting as a means of drawing connections between the natural environment and spirituality, trying to capture the emotional memory of a place in the way our minds fuse together different memories into one event. By blurring the lines between photography and painting, and between our familiar surroundings and the unrevealed forces of a co-existing hidden world, he has developed a magical realism that he hopes will reveal the mystical energy of nature and inspire you to see it with enchanted eyes.

During the workshop, Steven Nederveen will introduce his work through audiovisual presentations, highlighting how it fits into the history of Canadian painting. Steven Nederveen will also showcase the artwork produced for the “Brain Project” a Baycrest Foundation fundraising which leveraged 1.3M$ through the auctioning of 100 sculptures to raise awareness about Alzheimer’s, dementia and other brain diseases and directly support care and research.

The event will conclude with a reception for the vernissage of a painting realized by Steven Nederveen in celebration of the 150th Anniversary of the Canadian Confederation, which will be exposed at the Embassy of Canada in Iceland throughout 2017.