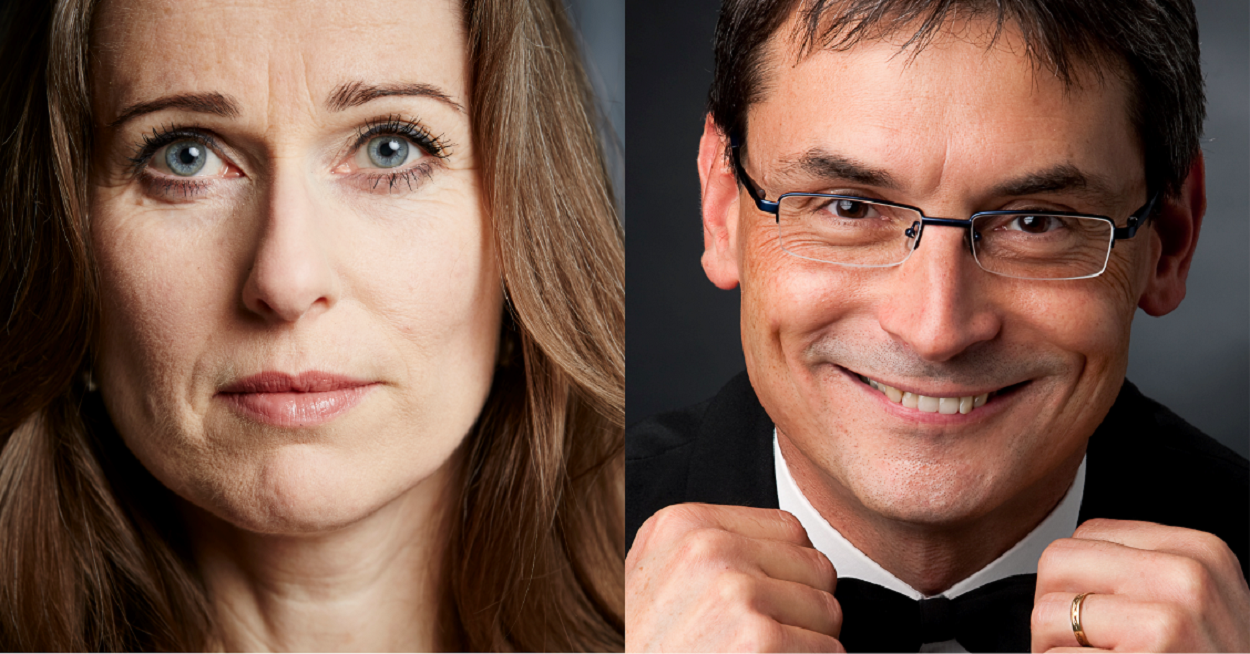 Hlín Pétursdóttir Behrens soprano and pianist Peter Maté present an evening with a romantic atmosphere, impressions and aspects of love in different stages of life. Songs by Felix Mendelssohn Bartholdy, the cycle “ Brautlieder” by Peter Cornelius and op. 48 by Edvard Grieg as well as Icelandic songs of the twentieth and twenty-first century, true to the theme of the evening, with music by Hildigunnur Halldórsdóttir and Þuríður Jónsdóttir, among others.

Hlín Pétursdóttir Behrens studied in Reykjavik and Hamburg and proceded to sing in concerts and opera performances in Germany, Austria, Switzerland, France and Sweden. She was under contract at the Pfalztheater Kaiserlautern and Staathstheater the Gärtnerplatz in Munich and in Iceland she sang the roles of Musetta in La Bohème, Clorinda in Cenerentola and Ännchen in Freischütz. In 2004 she moved to Iceland and continues to give Lied recitals and perform in chamber concert and church concerts both in Iceland and Germany. She has performed in the in Skálholt summer concerts and premiered contemporary music at the festival Dark Music Days and the series Hljóðön.

Peter Máté studied at the Academy of Music in Prague and as a student he won prizes both in his home country and at international contests, such as Vercelli and Enna in Italy in 1986 and 1989. He has lived in Iceland since 1990 and has given solo recitals and chamber concerts far and wide and performed as a soloist with various orchestras, e.g. Slovak Philharmony, Prague Symphony Orchestra, Berlin Radio Orchestra and the Iceland Symphony Orchestra. Peter teaches at the Reykjavík College of Music and is professor and director of instrumental studies at the Iceland University of the Arts.

Tickets are kr. 3.000, kr. 2.000 for seniors and the disabled, free for students and guests under the age of twenty. Tickets available on tix.is and at the entrance. The concert series Klassík í Vatnsmýrinni (Classics in the moorlands) is organised in collaboration between the Icelandic Soloist Society and the Nordic House and places great emphasis on Scandinavian and international cooperation.

Tickets are sold on tix.is

Aalto bistro is open until 21.30 on the day of the concert.