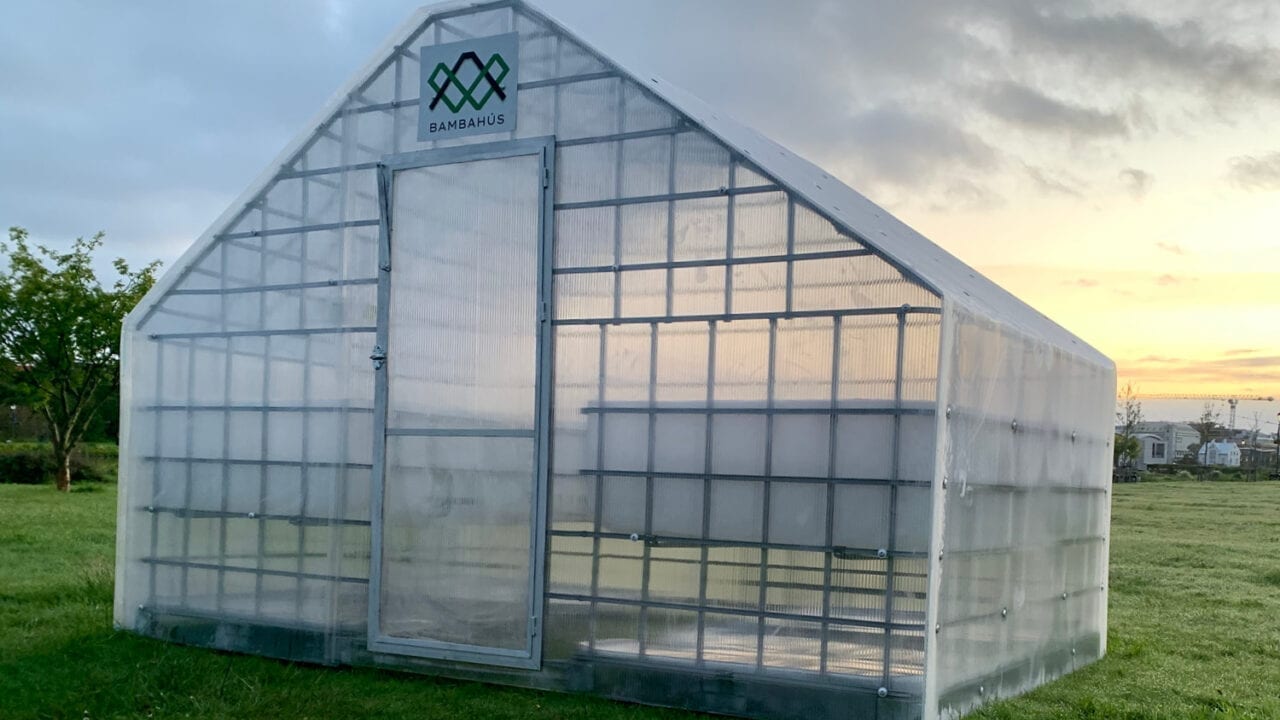 The main objective of the project is to reuse IBC tanks with the construction of greenhouses. Finding a new use for something valuable that usually ends in landfills. Rethinking the tanks, giving them a second chance. Introducing people to growing greens, the houses also remind us that one mans trash is another man’s treasure.

The idea originated in Bolungarvík, in the West of Iceland, where car mechanic and fisherman, Jón Hafþór was developing ways of reusing IBC tanks. He made the first houses for his hometown the neighboring area. He is the inventor and creator of Bambahús.

The main objective of the project is to efficiently reuse IBC tanks to build community greenhouses and thereby significantly increase the value of these great packagings. The goal is to provide as many opportunities as possible to get people introduced to cultivation and raise awareness of better nutrition while raising public awareness and to teach people, especially children, that trash is just untapped value.

In Iceland, thousands of IBC tanks are imported, which could be converted into low-cost community greenhouses. The main goal is to bring them all to designated reception areas where we analyze, clean, and make houses out of them and/or units to build the houses. This is an important environmental service since the materials transported in the tanks differ, health security-wise, and therefore it is necessary to identify what is suitable as a container for cultivating and what needs to be cleaned and disposed of. We also organize, recycle, and dispose of the leftover materials that might be left in the tanks.

Kjartan is a newly graduated industrial designer from Designskolen Kolding in Denmark. Over the years, he has been widely involved in sustainable design, and in the process he has focused on finding new angles in that field. Now he lives in Iceland and intends to create projects that will move Iceland towards greener thinking. Alongside his innovation, he works as a steel fabricator, where he has been practicing the art of steel. In Bambahús’ project, he has managed to combine these two skills: by taking recycled steel and producing houses that house products that benefit the environment.

The idea originated in Bolungarvík, in the West of Iceland, where the car mechanic and fisherman, Jón Hafþór was developing ways of repurposing IBC tanks in the best possible way. He made the first houses for his hometown and for schools in the neighboring area. He is the inventor and creator of Bambahús.

The idea is thus a collaboration between the designer and the inventor where presentation is intended to attract the attention of organizations and companies to participate in this community project called Bambhús: A community greenhouse for the public to contribute to a green future.