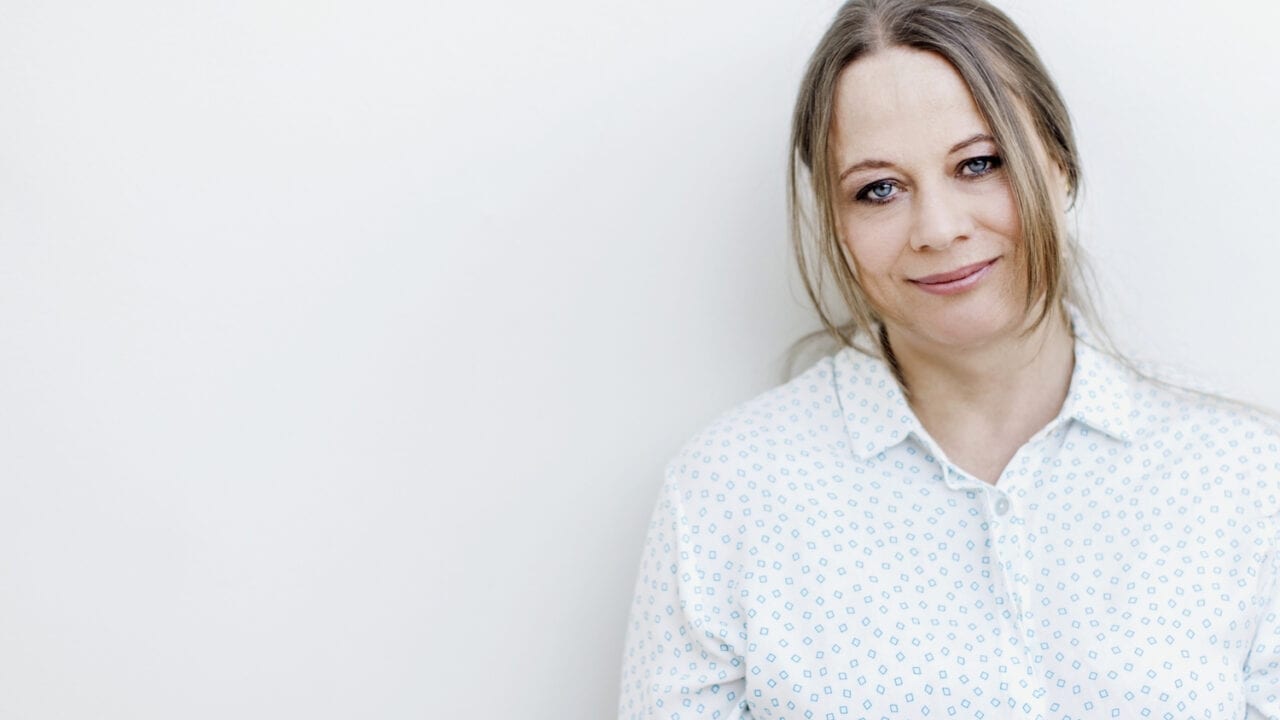 Merete Pryds Helle (1965) is educated from Forfatterskolen and has a Bachelor’s degree in Literature Studies. She has lived in Italy for many years, where she has been a teaching assistant at several universities.

Pryds Helle made her debut in 1990, and her breakthrough novel was Fiske i livets flod (2000). In addition to prose for adults, she has written children’s books, reviews, essays, radio plays, sonnets, among other things. Merete Pryds Helle’s writing is characterized by language experiments and great style security. Along with other younger female writers like Helle Helle, Kirsten Hammann and Christina Hesselholdt, she is an important part of the Danish literature scene.

Her great popular breakthrough came in 2016 with the family novel Folkets skønhed, inspired by the author’s own family history, giving an accurate and heartbreaking picture of the protagonist’s upbringing in a poor home where violence against children was part of everyday life. Pryds Helle also draws a convincing portrait of Denmark in the 20th century, from the poverty of the 1930s to the many women who never became part of the liberation in the 1970s. The life’s work of an author who masters a variety of different genres for which she received De Gyldne Laurbær and has been nominated for the DR Novel Prize, Politiken‘s Literature Prize and the Readers Literature Prize.

AALTO Bistro in the Nordic House is open for dinner guests before the event and offers a delicious dinner menu and light meals, all made with first-class ingredients. During the break it is possible to enjoy light refreshments from AALTO Bistro.