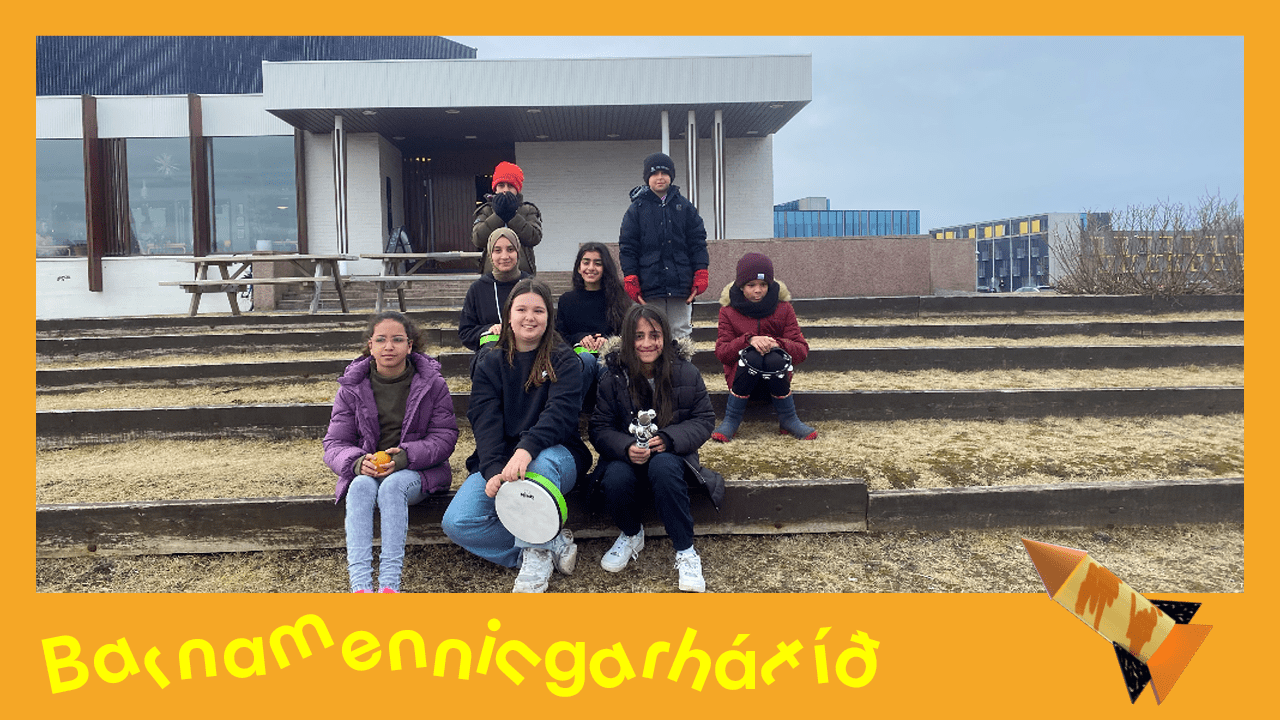 Students from the international department of Háteigsskóli open the Children’s Culture Festival with a mini concert in the entrance of the Nordic house. Last weeks the students have received teaching from the musician Elham Fakouri but most of the students have not had a formal musical training. The aim with the concert is to show that through different practice and methods, play and experimentation -everyone that wants to can create and play music.

Dromos by Manos Loizos is a popular and beloved Greek song which means “The Street” in English. It is one of the songs that are associated with the era of the dictatorship in Greece the years 1967-1974.

Dromos is a song that stirs the senses still today, and the singers who sing it in concerts always invite people to join their voices and sing along. It is rhythmic and vivid, meaningful and touching.

The street had its own history
someone wrote it on the wall, with paint
it was only one word, ‘freedom’
and then they said that it was written by kids

And then time passed and history went on
it passed easily from memory to the heart
the wall (now) said ‘unique chance!
inside are sold materials of any kind!’

Free entrance and everyone is welcome!