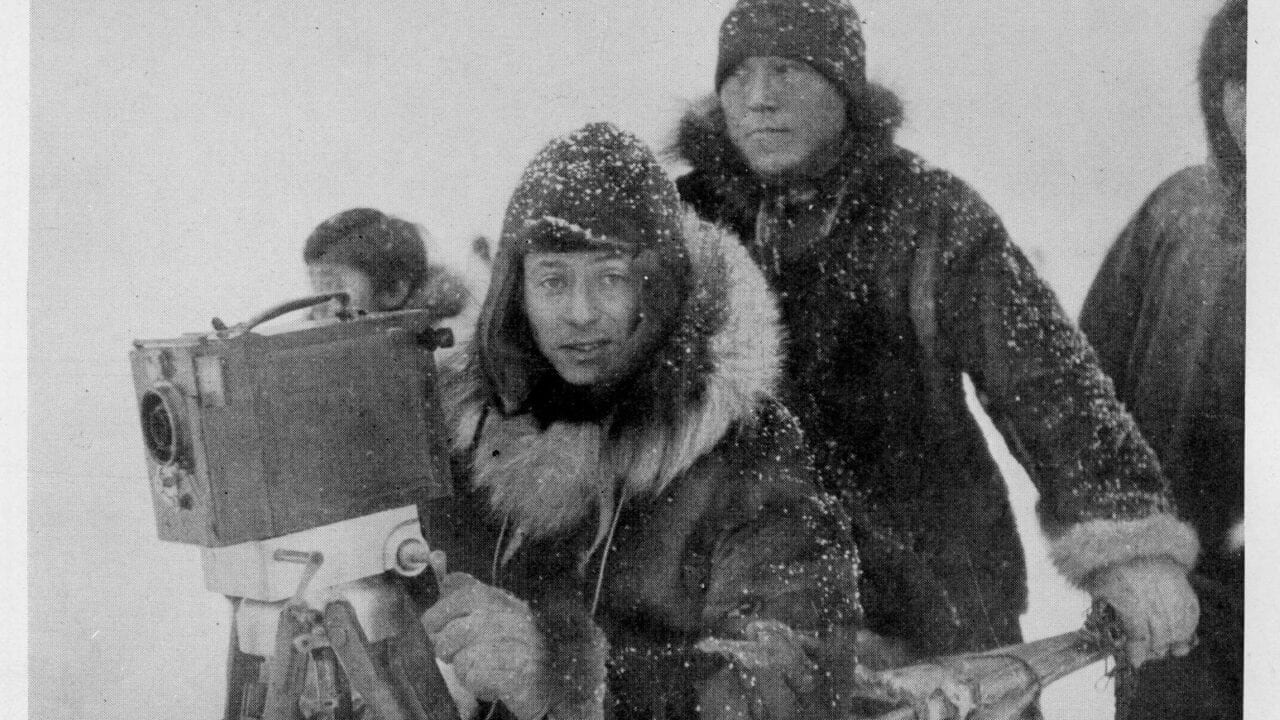 Eskimo (also known as Mala the Magnificent and Eskimo Wife-Traders) is a American Pre-Code drama. It is based on the books Der Eskimo and Die Flucht ins weisse Land by Danish explorer and author Peter Freuchen.

The motion picture was well received by critics upon release on 14 November 1933, and received the first ever Academy Award for Best Film Editing.

A Hollywood film for which Peter Freuchen wrote the script (based on one of his novels), built the igloos, and served as  an actor. Eskimo was the first feature film to be shot in a Native American language (Inupiat), and the first feature film shot in Alaska. The film also incidentally documented many of the hunting and cultural practices of Native Alaskans. The production for the film was based at Teller, Alaska, where housing, storage facilities, a film laboratory, and other structures were built to house the cast, crew, and equipment.

First time in Iceland at the Nordic House Monday 18 April 15:00

The film will start with an introduction by Lawrence Millman in english. The movie last for 101 min. Welcome!