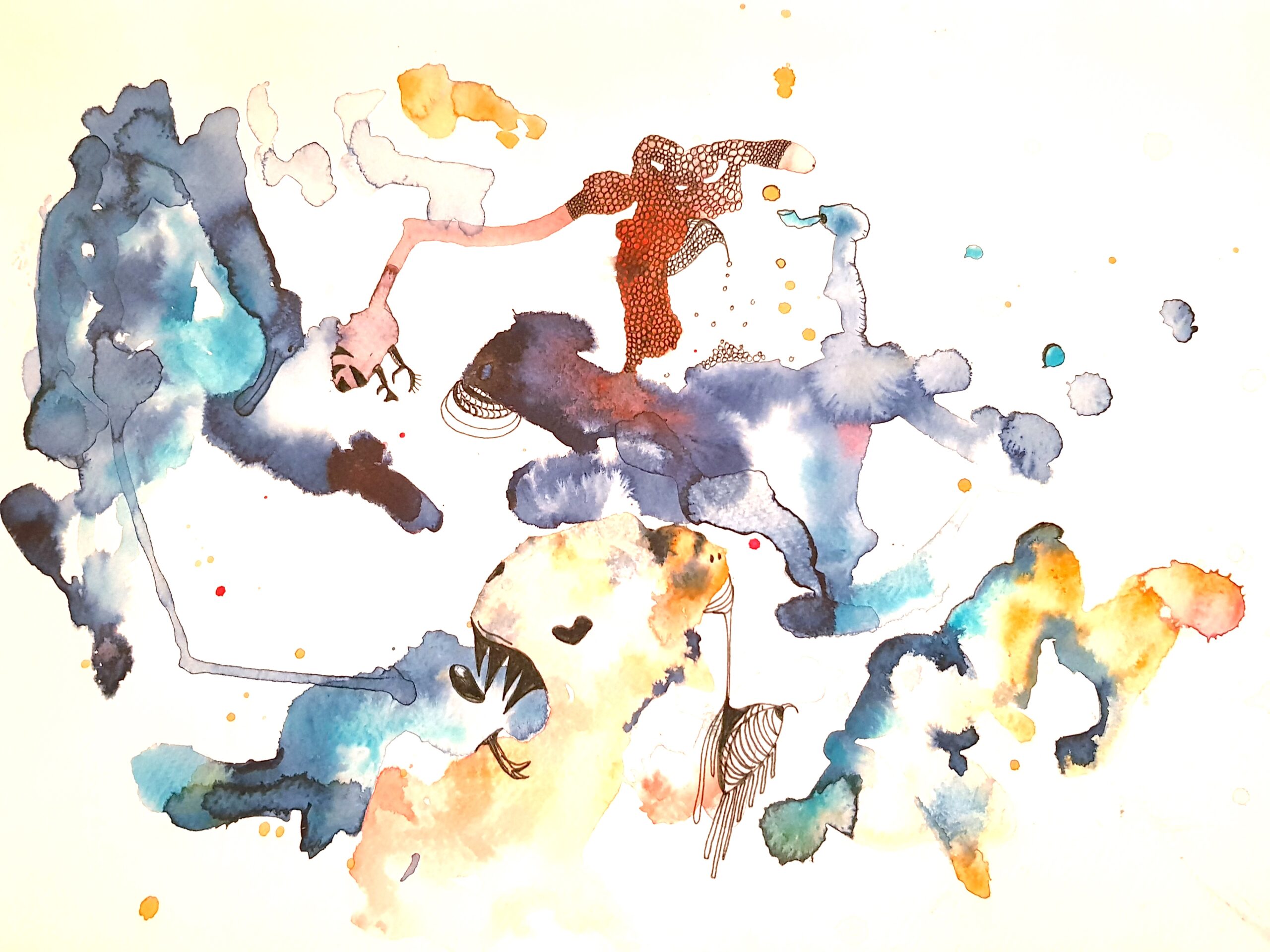 Vala Björg Hafsteinsdóttir was born in 1980 in Reykjavik, graduated in art from Iceland Academy of the Arts in 2010, and has since studied Folkloristics at the University of Iceland. She usually works co-text, illustration and collage.
Linn Björklund was born in Sweden in 1985 and lives in Reykjavík. She has studied art at Konstfack in Stockholm and graduated from the master’s degree program at the Iceland Academy of Fine Arts, 2015. She usually works with sculpture, installation and video.

In the olden days, people believed that spices worked as protection against trolls. Bread and salt was a common housewarming gift so new house owner would not starve. One’s grandfather could stop blood by saying a mantra.  Evil was cast out with evil. But that is in the past. We don’t use magic anymore against what we fear.

But fear is still there, despite social development and technical enhancement’s.  Maybe it’s the same fear, in a new disguise. We fear what we do not understand.

There must be a way to protect us from the trolls.