The event in the auditorium begins at 15:00 and everyone is welcome as long as there is room. The conversation, led by Silje Beite Løken, Culture and Information Associate, Embassy of Norway, will be in Norwegian. After the conversation, the Norwegian Embassy serves wine and music in the library. Free entrance.

In 2019, Norway is a guest country at the Frankfurt Book Fair. It is the world’s largest book fair and 2019 is therefore devoted to literature in Norwegian cultural life. In this connection, the Norwegian Embassy in collaboration with the Nordic House offers a couple of Norwegian literary tastes.

Tore Kvæven (1969) is Norwegian sheep farmer, carpenter, teacher and writer from Sirdalen. He lived in Iceland at the end of the nineties. Kvæven debuted in 2011 with the thrill novel Hard er mitt lands lov that he had spent twenty years on writing. The book dealt with Viking expeditions to Africa. His book from 2018 Når landet mørknar is about the Norse settlement in Greenland at the end of the 13th century. For this he was rewarded with the Brage Prize. He has also published a children’s book. The books have received very good reviews: ” Når landet mørknar is a fascinating tale of the harsh life in Greenland in the Middle Ages, and Kvæven again convinces with his knowledge, insightful and composite person portraits and fierce scenic representations.” Sigmund Jensen, Stavanger Aftenblad. 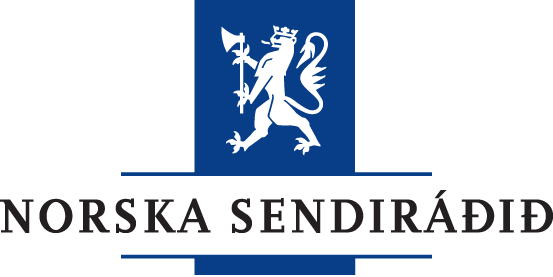