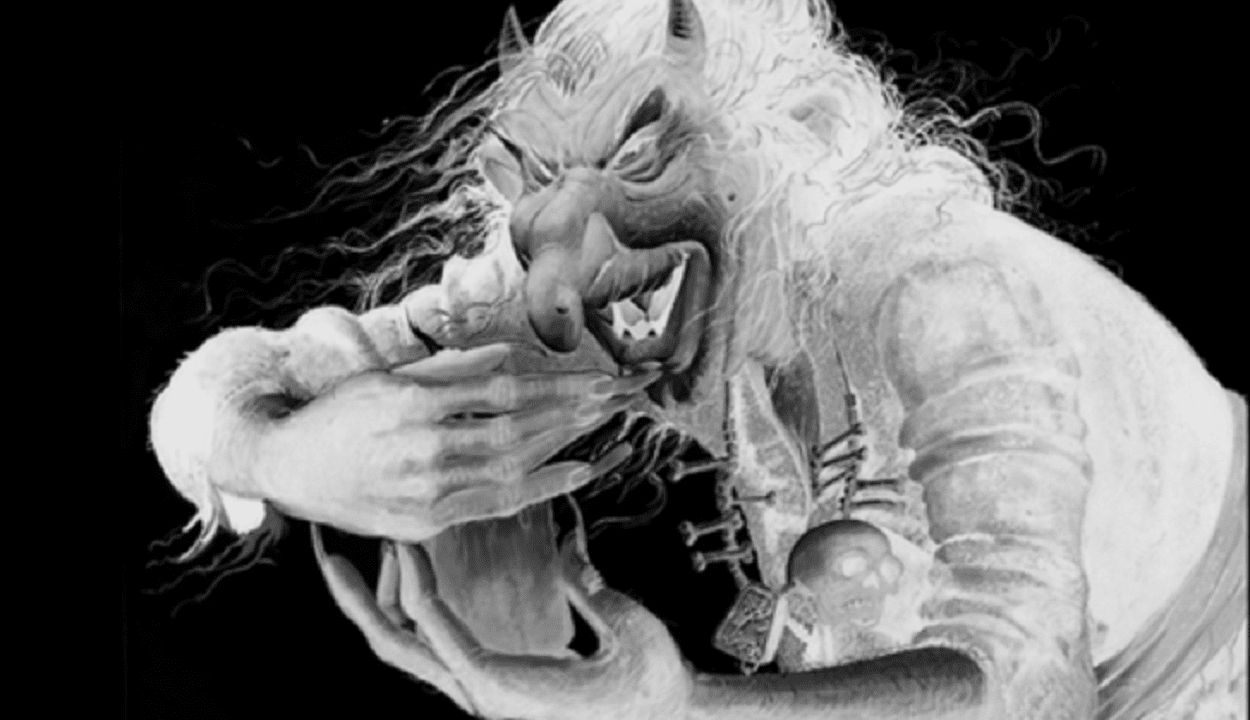 The exhibition explores manifestations of Grýla over the course of time. The space of the Nordic House foyer is transformed into a deep red Wunderkammer where interpretations of contemporary artists are juxtapositioned with works of the more distant past. The dialectical relationship between the highly varied works illustrates the elusive nature of the woman, monster, force of nature, creature or entity that is  Grýla.

The curator is Arnbjörg María Danielsen.
Entrance is free.

Grýla has successfully scared Icelandic children into being good for centuries, and with good reason: if you are a kid, and you are not “good,” the woman will eat you. Quite literally. Eat you. Boil you alive. Gnaw on your bristle. Suck the skin off your bones. Lick your fat off her fingers. Keep a serving of your thighs in a Tupperware container in her freezer. Chomp on your tasty buttocks, Jeffrey Dahmer-style. She. Eats. Children.

And she looks the part, too. Sources agree that her appearance is no less than hideous; she has cloven hooves for feet, and a whopping fifteen tails hang from her backside. Some reports state that one hundred sacks hang from each tail, with twenty kids stowed away in each. That would mean she goes around carrying 30.000 kids wherever she goes. That’s a lot of kids to carry but bear in mind that Grýla is a troll and, as everyone knows, trolls are huge and strong and could very well carry around a hefty load of children should they so wish. Other, more modest sources claim Grýla simply carries a single sack with a bunch of kids draped over her shoulder at all times.

Some tales claim she has more than one head on her shoulders, and all of them agree that she has excellent hearing that alerts her when kids are being noisy and bad (and are thus ripe for the eating. She can’t actually eat good, quiet kids). So, from her mountainside cave, she can hear noisy kids from all over the island. That maybe explains why she wants them to keep quiet.

Not much is known of Grýla’s origins, where she came from and where she’s going. Or what the hell she wants to accomplish by eating all those kids. The earliest written records of Grýla-sightings date back to the 13th century, and she has been a mainstay in the Icelandic ghoul-gang ever since. In the 17th century, reports started trickling through that the evil ogress was, in fact, mother to the ever-popular Yuletide lads, and lived with them in a cave in the mountains. Bear in mind that up until the 19th century, those Yuletide lads were a pretty scary bunch that went around terrorizing farmers and their kids. They’ve since cleaned up their act, but you’ve got to wonder how being raised in a cave by a cannibal-mom affects one’s psyche.

The totally evil Christmas Cat (see our ninth instalment, December 2008) also lives in that cave, as does Grýla’s husband, a lazy troll called Leppalúði. He is said to sit around all day waiting for his wife to bring him fresh kids for eatin’. He is also, reportedly, Grýla’s third husband, and not a father to the Yuletide Lads.

A plethora of different stories, poems and songs revolve around Grýla. In later days, she is mostly connected to Christmas and is said to only come out looking for children around the festival of lights. Other tales describe her as more of an all-season demon. And the most recent ones report she’s dead. But who knows.