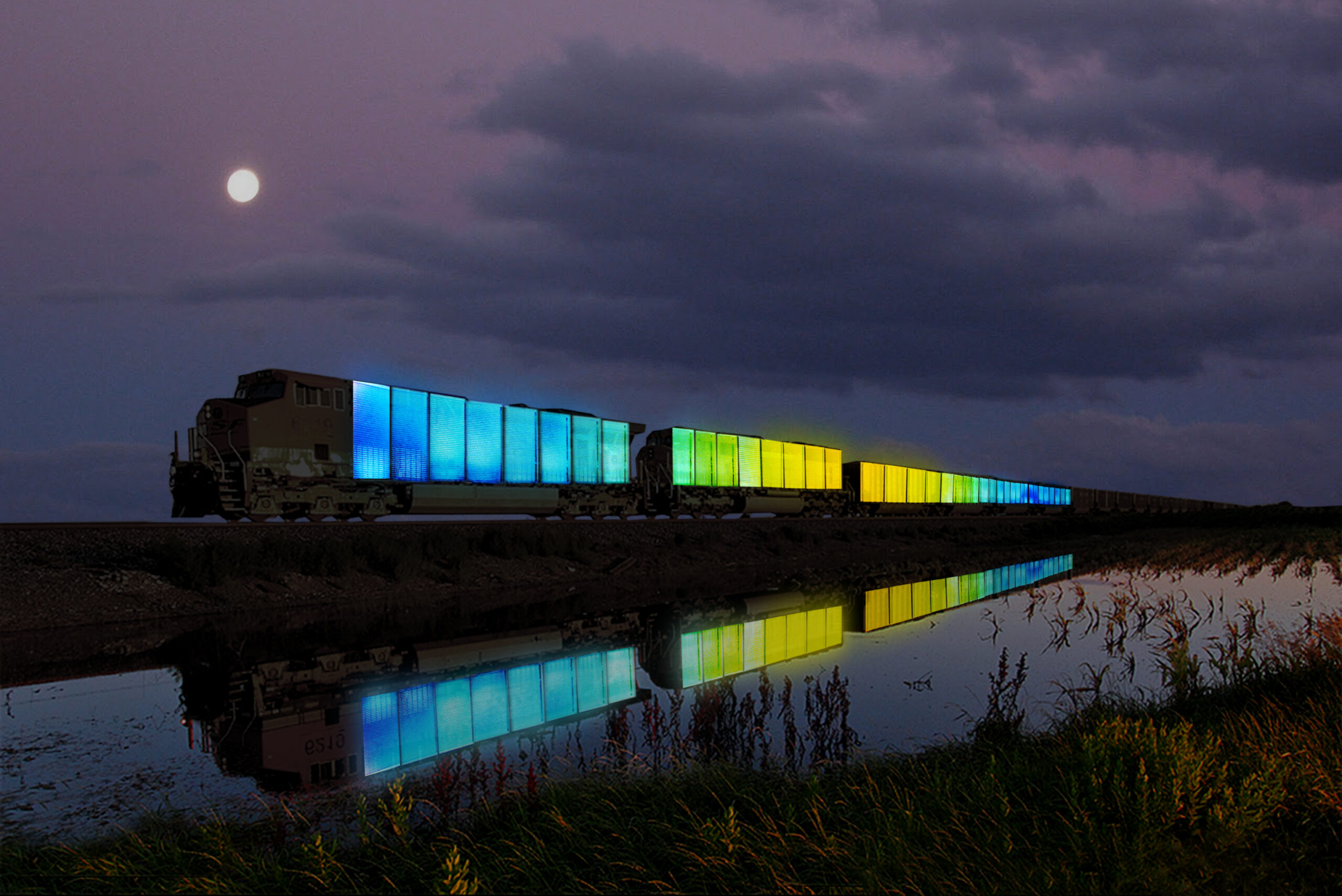 Over 24 days, the Station to Station train traveled 4,000 miles from the Atlantic to the Pacific. As it stopped in large cities and remote locations, a constantly changing group of artists, musicians, and performers took part in a series of unique happenings. The Station to Station feature film is made-up of 62 one-minute films including conversations, performances and unrepeatable moments from the journey, bringing together an amazing cross-section of people and places, from icons of culture to a hitchhiker found on a desert road. With each changing minute the film explores creativity through a different artist, musician, place or perspective, ultimately revealing a larger sense of modern expression transcending the individual voices. Station to Station is a journey through our evolving creative culture.

U.S. artist-director Doug Aitken directed the semi-experimental Station to Station, which consists of no less than 61 short films, each one-minute long. The feature, 71 minutes in total including the opening and end credits, was shot over the course of 24 days in 2013, when a train with Aiken’s “kinetic light sculpture,” fixed to the train’s outer shell, traveled from New York to San Francisco. Aboard the vehicle and along the way, at 10 different stops, art happenings with participants from media ranging from music and photography to dance and the visual arts were organized. They all find their way into the film organically, which thus becomes a meditation on art, (train) travel and transience. Festivals and gallery-type spaces will find this thrilling while regular audiences shouldn’t worry about this potentially diminishing the quantity of multiplex screens simultaneously screening The Hobbit anytime soon.

The film is described early on as a “journey through modern creativity.” That’s one way of looking at it, though the film’s forced segmentation offers at least 60 others. Practically, each short contains at least a shot of the train or a view from the train, but for the art happenings at and close to the various stations, the camera, handled by Aitken and Corey Walter, obviously ventures outside.