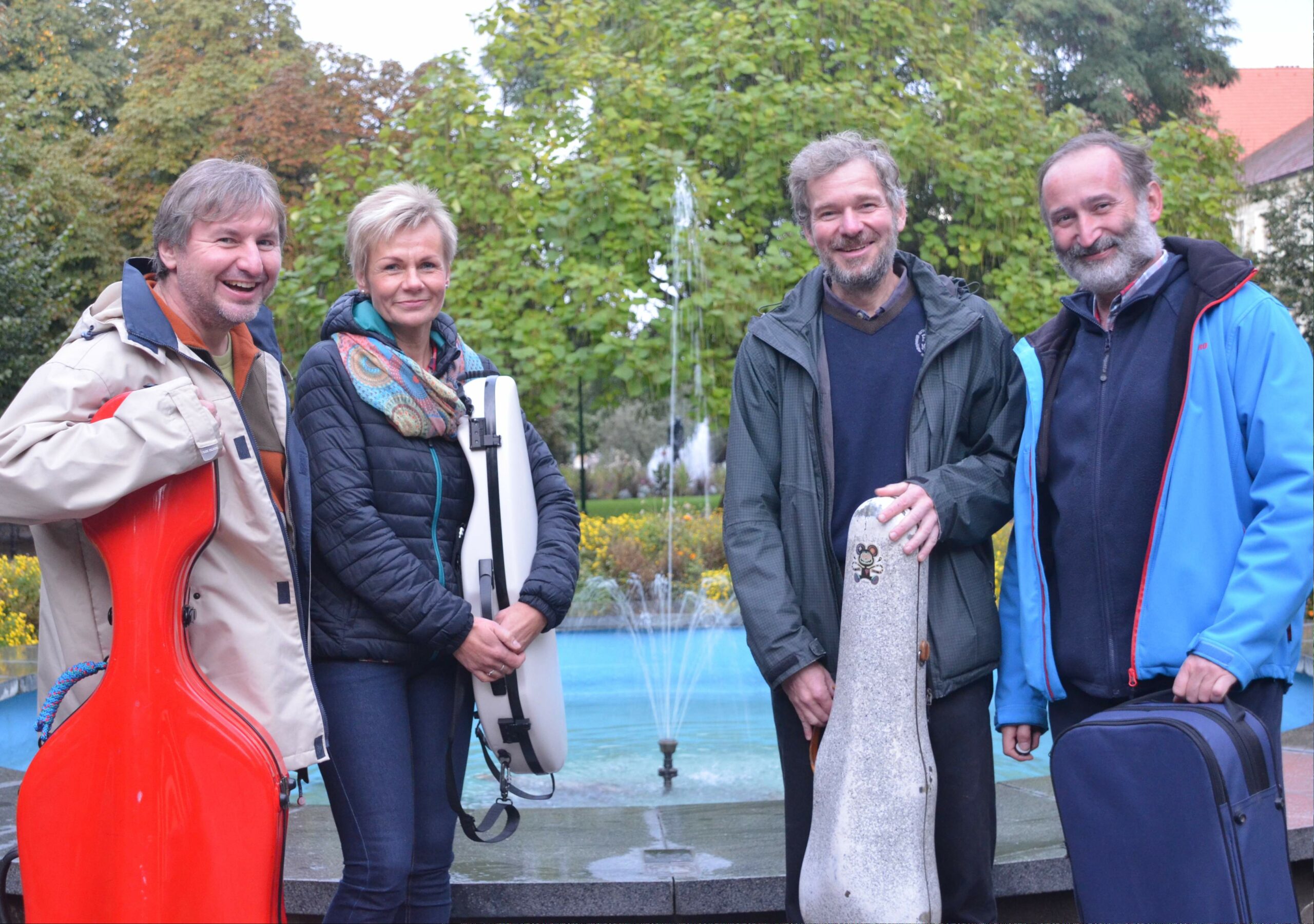 Czech Republic – Iceland is a title of a concert that will take place at the 15:15 Concert Series at the Nordic House, Sunday November 13th at 3.15 pm, joining together Czech and Icelandic music and musicians.

The PiKap string quartet comes from West Bohemia; from Pilzen and Karlovy Vary (Karsbath). The quartet has performed widely in Europe and participated in festivals in France, England, Germany, Italy, Croatia and Czech Republic, as well as playing in Iceland. PiKap played a recital at The Tibrá Series at Salurinn, Kópavogur 2004 with great applause as well as touring Iceland, so we can look forward to hear them again. The quartets members are very active in the music scene in West Bohemia as members of The Symphony Orchestra in Karlovy Vary and The Opera Orchestra in Pilzen, as well as chamber musicians and music teachers. They have also all played folk music from young age.

Hildigunnur Rúnarsdóttir composed the String Quartet no. 1 for the PiKap string quartet in 2011-2012 who gave premier to the piece in Czech Republic in 2012. This is the Icelandic premier of the original version. The 2nd String Quartet by the well-known Czech composer Bedrich Smetana is also on the program and will be great fun to hear Czech musicians perform his music like they have been brought up with, full of warmth and deep expressive feeling. We will also hear some contemporary Czech string quartets: String Quartet nr. 4 by Sylvie Bodorová (1954) who studied with Donatoni in Italy and Ton de Leeuw í Amsterdam as many leading Icelandic composers, and a brand new string quartet by Jaroslav Krček, who is best known as the director of the famous chamber orchestra Musica Bohemica in Prague.  Krček’s quartet is specially composed for the Pikap String Quartet and this will be the premier of the piece. Last, but not least is on the program a Divertimento d’Amore by Daniel Pitra, 22 years old Czech composer who has studied composition at the Music Conservatory in Prague among other places. The piece is composed for Eydís Franzdóttir, the oboe d’amore and the PiKap string quartet 2012 and performed by them both in Czech Republic and the Music Festival “Zeit für Neue Musik – í Bayreuth in Germany that year.